John Wilson Ocean Dr has reopened to motorists. A lone protester watched in silence as First Security operations manager Garry McLennan unlocked and removed two bollards at the St Kilda end of the windswept seaside drive at 11am yesterday.

That was the signal for the four drivers parked in single file to motor along the road, which had been closed since 2006.

First in line was Alan Waugh, in his 1970 Volkswagen Beetle.

''I used to love coming up here, park up in the sun during the winter ... I have definitely missed it.'' 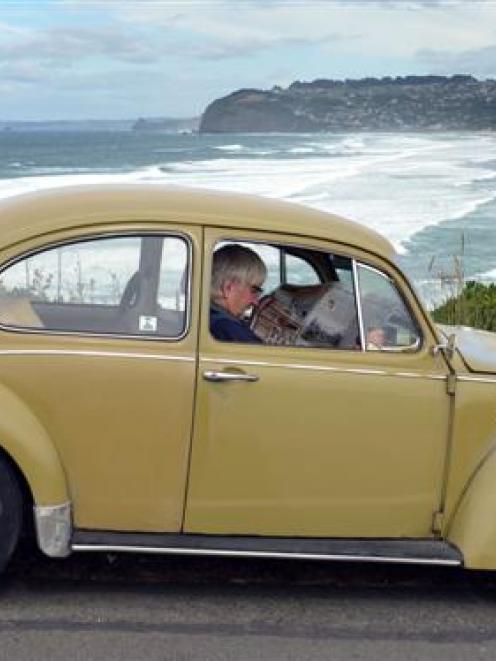 Alan Waugh, in his 1970 Volkswagen Beetle, was the first motorist waiting to drive on the reopened John Wilson Ocean Dr, in Dunedin, yesterday.
He planned to park in his favourite spot, near Lawyers Head, and read the Otago Daily Times while having lunch.

He also supported the Dunedin City Council's decision to limit the opening of the drive between 11am and 3pm each weekday, and to keep the speed limit to 50kmh.

''It is a good idea to stop all the boy racers doing the burnouts.''

Not supportive of the reopening was Roy Robertson, who held a placard denouncing the decision. 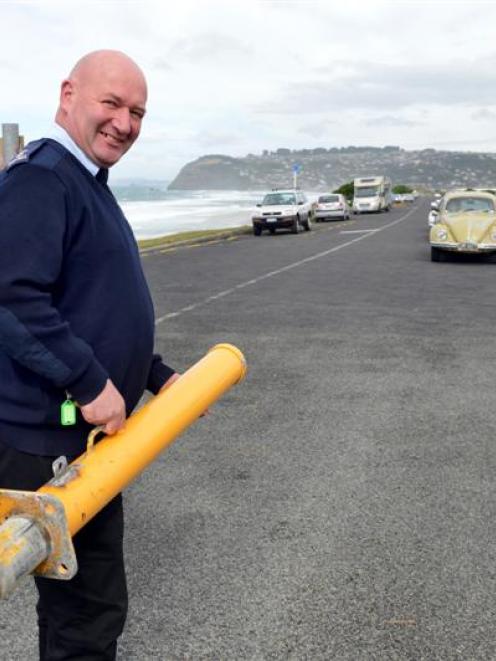 First Security operations manager Garry McLennan removes bollards at the St Kilda end of the road at 11am yesterday. Photos by Stephen Jaquiery.
The drive would be better left for the pleasure of cyclists and pedestrians, and closed to motorists, he added.

Collette Collett had just finished walking her dog Benson as the bollards were removed.

She enjoyed the road's peace and quiet, and would no longer walk her dog on it when it was open to motorists.

Cr Bill Acklin, who argued for the road to be reopened to vehicles, said it was important to remember the reopening was a trial that depended on motorists and pedestrians showing respect for each other.

While there was division among the council on whether the road was being reopened in a satisfactory manner, with some believing the 50kmh speed limit and lack of satisfactory separation between cars and pedestrians was not ideal, the council decided to open it in that manner in the interests of keeping down costs, he said. 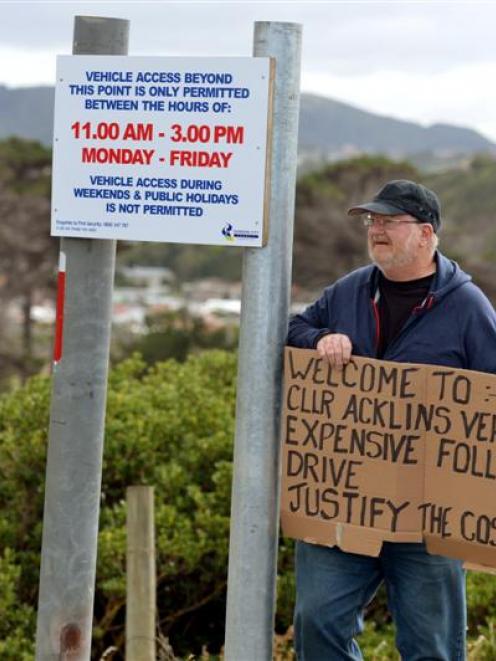 Roy Robertson holds a placard denouncing the Dunedin City Council's decision to reopen the road.
The road has reopened as an interim measure, while initiatives are sought to help fund the cost of a layout that would reduce speeds to 20kmh.

If no solution is forthcoming by May 1, council staff are to report back on whether the 50kmh speed limit is appropriate, or whether an alternative is required.