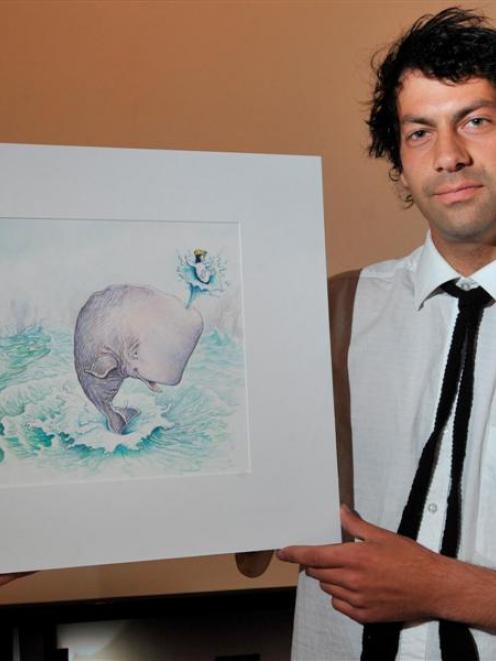 ''Oil on Canvas'' is a group exhibition by more than 30 artists, including Marilynn Webb, Simon Kaan and Mary McFarlane, protesting deep-sea oil and gas exploration off the Otago coast.

The show Dunedin Community Gallery marks the opening of this weekend's Oil Free Future Summit in the city, which will feature a symbolic blockade of Otago Harbour.

''The artists approached us about doing this exhibition, because they wanted a forum to express their concerns about the oil drilling,'' Oil Free Otago spokeswoman Niamh O'Flynn said yesterday.

A range of events would be held over the weekend to encourage people to join the protest, Ms O'Flynn said.

Green Party energy spokesman Gareth Hughes will launch the ''Anadarko - Wish You Weren't Here'' campaign at St Clair Beach at 1pm today and speak at the summit at 3pm tomorrow at Age Concern, in Bath St.

A ''Hands Off Our Harbour'' symbolic blockade of the harbour's commercial shipping channel will be held at noon on Sunday, off Back Beach.

The All Saints Anglican Church will also hold a 10.30am service on Sunday, addressing the moral implications of the exploration project.