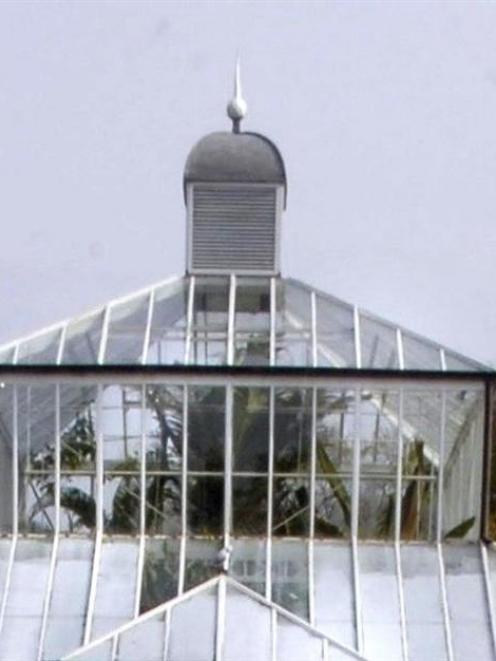 The small orb, which has a spike protruding from it, was taken some time last week, botanic garden collections supervisor, Barbara Wheeler, said.

It appeared the thief had climbed the scaffolding erected while maintenance was being done on the more than 100-year-old Winter Garden glasshouse.

Maintenance work was carried out every five to 10 years.

Diagonal crossbars on the scaffolding had also been loosened, making the structure unstable and putting contractors and the passing public at risk, Mrs Wheeler said.

"We would just like it [the metal orb] back, even if someone drops it off at the information centre."

Police had been notified of the theft.

Staff had done everything possible to secure the site while the scaffolding was up, but it was difficult to do so.

The garden could not afford to have a security guard at the site 24 hours a day, but its security company, which monitored the site at night, had been notified.