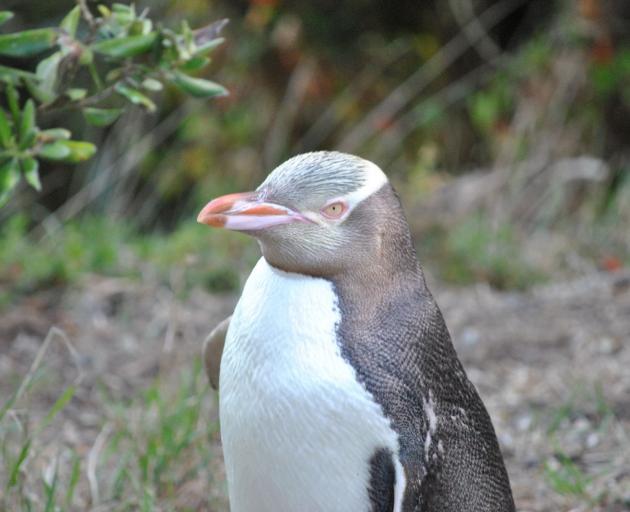 A Department of Conservation report has revealed that yellow-eyed penguin numbers are declining, despite efforts by staff at several rescue organisations. PHOTO: SUPPLIED
Despite efforts by conservation staff, hoiho breeding pair numbers in Otago have dropped to their lowest recorded number since monitoring began in 1990.

The Department of Conservation and the Yellow-eyed Penguin Trust said in a report this week that initial counts of hoiho (yellow-eyed penguin) nest numbers showed a drop of 17 breeding pairs on Otago Peninsula compared with last year.

Better news was not to be found across the wider southern region.

The initial count, which covered hoiho breeding sites between Banks Peninsula and Curio Bay, showed a drop from 181 breeding pairs last year to 166 this season.

Doc marine and coastal species liaison officer Chris Page said the decline had come "despite years of blood, sweat and tears invested by so many people to save our vulnerable hoiho, one of the rarest species of penguin in the world".

"Keeping dogs and people away from nests and the penguins themselves during breeding season is crucial.

"Adult hoiho returning to the nest with food have been known to head back out to sea in fear when they see people on the beach, leaving the chicks to starve."

Significant efforts to increase numbers included those by the Wildlife Hospital in Dunedin, whose staff had been triaging sick chicks, Penguin Place, who headed monitoring and rehabilitation work, and Penguin Rescue Trust in Moeraki, whose staff had been living alongside hoiho to give them the best chance at life.

Penguin Rescue Sanctuary and Trust manager Rosalie Goldsworthy was not surprised by the news of declining numbers.

Rather, it was expected as a continuing trend, she said.

"The population of yellow-eyed penguins in Otago has declined by 80% in the last 10 years. It’s terrible."

The colonies in Moeraki made up one third of Otago’s penguin population and there were 46 chicks nesting on the coastline.

Mrs Goldsworthy said disease was the main culprit in the declining numbers of hoiho in the area, specifically avian diphtheria and malaria.

"At the end of the day, disease is what is killing the chicks. But the diseases can be caused by a range of things.

"A healthy, vibrant bird with a strong immune system is less likely to get sick. So, for a species to be so affected by disease, it tells you something must be wrong."

There were several theories about what that might be, she said.

"Overfishing, warming sea temperatures, human disturbance — there are all sorts of possibilities."

She also noted dogs being walked off leash in penguin habitats, which directly contributed to penguin mortality rates.

Final nest count estimates would be gathered at the end of the season and presented at the annual Yellow-eyed Penguin Symposium in August 2022.