By Grant Miller
1 Comment
A plan to sell Dunedin rail heritage assets has shocked a city councillor and blindsided an Otago trains trust.

Cr Barker said she was shocked Dunedin Railways was seeking to shed such cherished assets when it had not yet been determined what strategy the company might operate under in future.

The Otago Excursion Train Trust, founder of the original Taieri Gorge Railway, is opposed to any sale of assets from Dunedin Railways.

It had been expected assets would be retained until a decision was made about the company’s future, trust chairman Murray Schofield said.

The trust had submitted a business plan to the Dunedin City Council in November and this relied on having all assets retained.

Assets could be gone by March this year.

Dunedin Railways, owned by the council, was put into hibernation in 2020, as passenger numbers seemed set to crash amid Covid-19. Limited services have been provided since.

The company issued a request for proposals yesterday for acquisition of assets that included six wooden heritage carriages, built between 1912 and 1923, a diesel-electric locomotive built in the 1950s and the body of a locomotive that was the first from the DJ class to arrive in New Zealand. 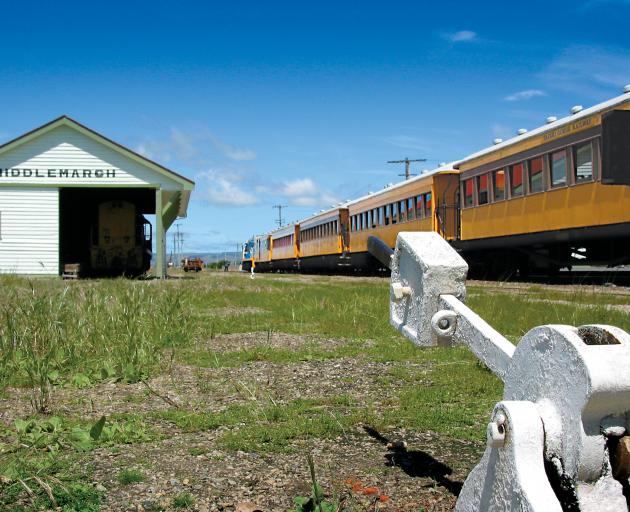 Six steel-clad carriages built about 1940, and which need refurbishment, could also be sold, as well as a guard’s van, including a petrol generator, and guard’s van underframe.

Dunedin Railways chairman Keith Cooper said assets the company wanted to divest would not be needed by it "under any future model".

Mr Cooper said most of the assets had not been in active service for several years.

"The wooden carriages and guard’s van are no longer considered suitable for use on Dunedin Railways journeys," Mr Cooper said.

"The two locomotives, guard’s van underframe and five carriages [needing refurbishment] are surplus to requirements — and would be even if the company were to return to full operations in a buoyant tourism market."

Mr Cooper said the plan did not signal or affect any long-term decisions about the company’s future.

A lack of storage space for the assets meant the time was right to offer them to interested organisations, he said.

The impetus for this came from Dunedin Railways needing to vacate its leased premises for KiwiRail in Cumberland St, he said.

Mr Cooper said factors other than price that could be taken into account included whether a buyer intended to keep the assets in Otago and enable ongoing public access.

Cr Carmen Houlahan said she was concerned about the plan.

Vintage carriages were among the factors that made the rail experience so appealing, she said.

Asset-sale programmes sometimes backfired and Cr Houlahan was worried about the city losing assets that might never be replaced.

The trains trust said the carriages from 1912 were irreplaceable.

Expressions of interest close on February 4.

Dunedin Railways expected to complete an evaluation process by mid-February and successful respondents would be "encouraged to collect the assets" by February 28.

- The bodies of five steel-clad carriages.

- The body of a DJ locomotive.

Careful: if you sell the family silver, you’ll never get it back.