And so she should be, as a record-sized little penguin foreshadows a healthy breeding season after mass starvation among the species in Dunedin last season.

This year 308 eggs have already hatched at Pilots Beach/Pukekura at the tip of Otago Peninsula, compared with 303 for the entire last season.

Among them was a girthy 1.48kg chick which is the heaviest Pukekura Trust scientist Dr Ratz has found since she began working there almost four years ago. 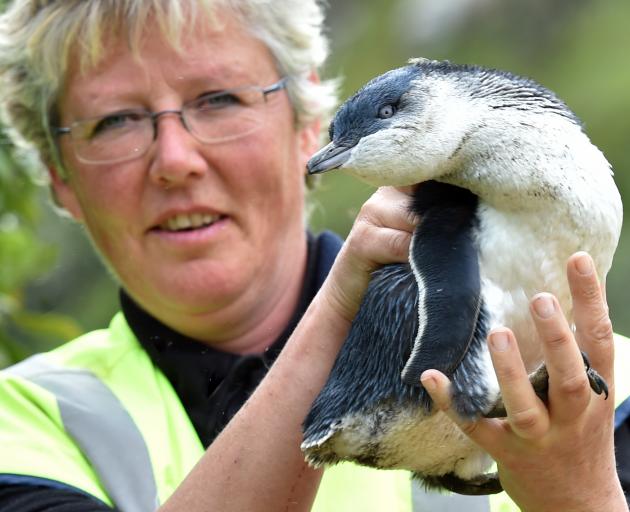 Pukekura Trust scientist Hiltrun Ratz holds a record-breakingly large penguin at Pilots Beach yesterday. Photo: Peter McIntosh
However, it was slightly lighter yesterday than when first weighed weeks ago, as it tried to gain a beach bod before first swimming out into the ocean.

‘‘They always lose weight before swimming out.

‘‘I would have thought the fatter the chick the highest chance of survival, but I’m sure they have their reasons.’’

At this stage the creature, affectionately known as A80, was just ‘‘sitting in its box waiting for dinner to be served’’.

The fact its father was at home yesterday instead being out feeding, leaving just the mother to find food, was a sign the family had enough sustenance, she said. 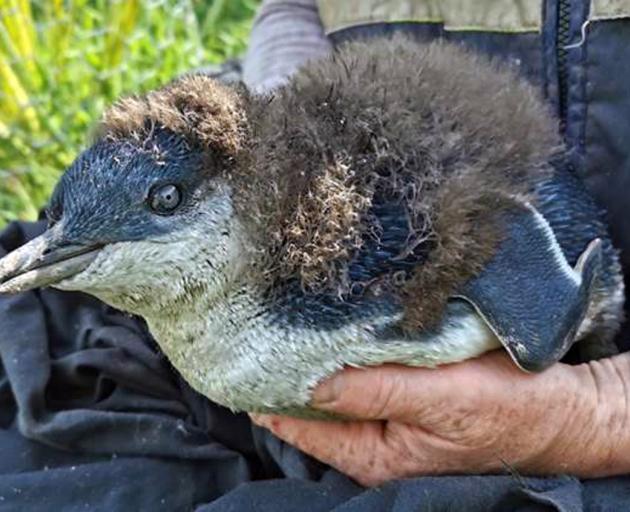 A penguin in heavier days. Photo: Supplied
This year the average chick size so far was about 1.2kg, compared with 1.03kg the previous season.

In November last year the city was hit by heavy rain, which impacted the ability of the birds to find food.

‘‘A year ago we had unbelievable rain at this time which made the ocean murky, and the birds had difficulty finding food. The parents weren’t coming home every night, instead every week or 10 days.’’

Eight chicks she gave supplementary food to had already returned, she said.

‘‘That’s very exciting. I have absolutely no doubt in my mind those chicks would have died otherwise.’’

It is now about the middle of the season, which began in August.

The Pukekura Trust, which manages the beach, is an alliance of local iwi in the form of the Korako Karetai Trust, and the Otago Peninsula Trust.