Private parties may be able to run election ads

New Zealand could be in for a very different general election thanks to an experiment run by a University of Otago academic.

The experiment by law professor Andrew Geddis suggests a Court of Appeal ruling on the satirical Planet Key song opens the way for private organisations and individuals to run election advertisements on television and radio.

This has Labour and the Greens worried that big money will be used to influence the election, with rich individuals or groups running attack ads like those seen in the United States.

Prof Geddis tested the law because he believed a Court of Appeal ruling last October saying the Electoral Commission was wrong to have banned Planet Key opened the way for private parties to take out election ads.

To test this he took out a 30-second advertisement during cannabis reform organisation Norml's Overgrown programme - described as being dedicated to "hard-hitting ganja tunes, cannabis news, events, science and truth'' - on student radio station Radio One.

The ad, specifically written to qualify as an election advertisement, called on people not to vote for the Aotearoa Legalise Cannabis Party (ALCP).

After Radio One sought advice on the legality of the ad, the Electoral Commission confirmed the Court of Appeal decision allowed third parties to take out election ads, opening the way for it to run on the station late last month. 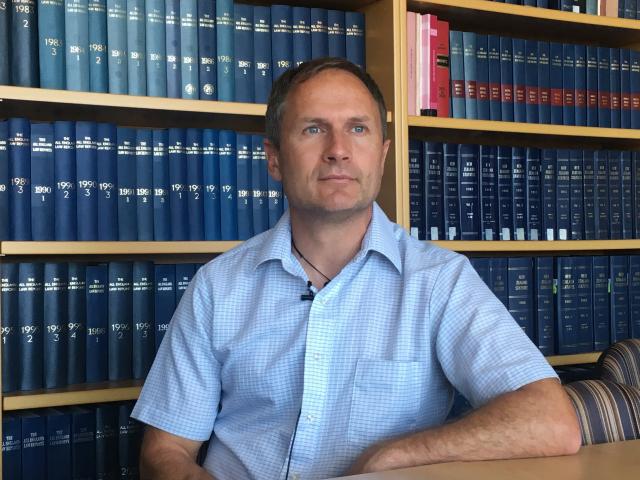 Prof Geddis said the original ruling and the Electoral Commission's response to his ad could have a significant impact on this year's general election.

This is because before the ruling last October, private parties had not been able to run election advertisements on radio and television and had been restricted to other mediums.

It remained to be seen whether the ruling would result in a stream of attack ads like those used in the United States election.

"Because we are in uncharted territory, no-one quite knows who might take advantage of this.''

He believed Labour and the Greens were more worried about the situation because they had previously been the target of a campaign funded by Exclusive Brethren.

But groups or individuals from all sides of the political spectrum could take advantage of the ruling, ranging from unions, Greenpeace, Kim Dotcom or Hobson's Choice, which is against "Maori favouritism''.

After the election, politicians should examine whether the situation is one New Zealanders wanted, given the situation came about as an unintended and unexpected consequence of the Planet Key ruling.

He did not run his advertisement on Radio One because he was strongly against the ALCP, instead choosing the Overgrown show and the party as a target for the humour value.

"I didn't think that particular ad on Radio One would have a particularly negative impact on the party concerned and ... I was fairly sure they would see the humour in it.''