Public to have say about future of city's water 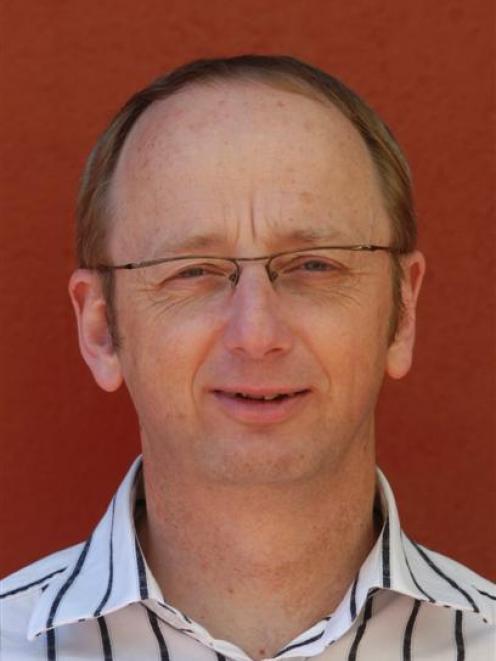 Tony Avery
A binding public referendum has been proposed as a safety mechanism to allay public concerns over feared privatisation of Dunedin's water.

That could include one requiring a public referendum to approve any sale of water assets, and another requiring a unanimous vote of support from councillors for any move to privatise water.

Both rules could be written into the CCO's constitution, helping safeguard the assets by restricting the council's ability to sell them at a future date, and give "a degree of public assurance", he said.

The idea came as yesterday's morning session was dominated by intense questioning and sometimes heated debate over the proposed water CCO.

The session lasted nearly four hours, until shortly before 1pm, as councillors grilled staff over a host of concerns, including fears the proposal could pave the way for a possible future sale to private interests.

Others argued the council was pre-empting public consultation by settling on a CCO as a preferred option for future delivery of water services.

At one point, with Crs Richard Thomson and Andrew Noone at loggerheads over how to proceed, a five-minute adjournment was called to allow the pair to deliberate on the wording of a recommendation.

When the dust eventually settled, councillors voted to consult the public on the proposed water CCO, although with an "open mind" about alternative options and keeping the business unit in-house remaining the fall-back position.

However, some councillors remained opposed, with a block of four - Crs Fliss Butcher, Jinty MacTavish, Teresa Stevenson and Kate Wilson - trying unsuccessfully to block the CCO proposal from proceeding.

Among their concerns were fears a change in direction by a future government - supported by a future council - could see the rules relaxed, and the city's "lifeblood" sold for profit.

Legislation specifically prohibited the council from selling its water assets, but not from transferring them to a commercially disciplined CCO while retaining effective control.

Cr Andrew Noone said councillors were aware of the significance of the council's water and waste services operation, and it was "critical" to consult the community on plans for the CCO.

However, he said "cast-iron guarantees" should be offered as part of the consultation, spelling out privatisation and any plan to generate income from water meters were both "off the books".

"I think we need to send that message very clearly," he said.

However, Cr Richard Thomson said the CCO proposal indicated water meters were part of the future, with a reference towards moving to a "direct customer relationship".

He was wary public opinion was against water meters, and opposed to a CCO because questions about the CCO's merits remained unanswered in the staff proposal to councillors.

"Most of the justifications in the report are assertions," he said.

Councillors also voiced concerns the estimated savings of $20 million over 10 years might be unrealistic and, if they were, why they could not be achieved within the council's structure.

Council staff said savings came from a mix of reduced operating costs, internal charges and other efficiencies, while about half would be obtained through tax benefits available to a company but not the council.

Council water and waste services manager John Mackie said savings estimates were "conservative", based on experience elsewhere in New Zealand and his observations of water management in Scotland, but Mr Avery was less certain they could be achieved.

It would be "critical" the council remained an active owner and regulator of the CCO to achieve the desired service and savings outcomes, with directors with industry experience appointed, Mr Avery said.

After prolonged debate, councillors voted 11-4 in favour of taking the CCO idea to public consultation.

They also reiterated their commitment to the council policy prohibiting water privatisation, and that any CCO - if approved - would come with a monitoring unit to oversee its performance.

Documents detailing the proposed CCO, including a constitution, would be presented to the council's finance, strategy and development committee on February 7 for approval, before being released for consultation.

An external peer review would also examine the issue of estimated cost savings and other financial issues.