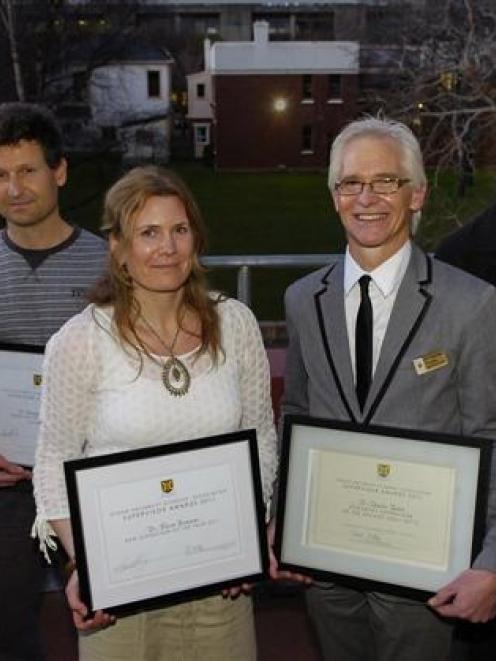 The annual awards recognise the contribution by supervisors to the success of students researching and writing doctoral, masters and postgraduate diploma theses and dissertations.

Fourteen academic staff from across the University of Otago were shortlisted for the annual OUSA Supervisor of the Year Awards this year from a total of 101 nominations.

Dr Duncan is overseas and was unable to receive her award, but said via a press release she believed successful supervisors required several important skill sets.

"It's important to understand the students' situation, viewpoint and their quandaries; have an interest in their subject and in them, both now and their futures; and communicate well, whether this be about how long feedback is going to take or about how the student-supervisor relationship is going," Dr Duncan said.

A student committee considered all 101 nominations and selected the winners which, for the first time, include divisional winners.

Dr Tustin was also awarded Honorary Supervisor of the Decade for his contribution to supervision of students at the University of Otago.