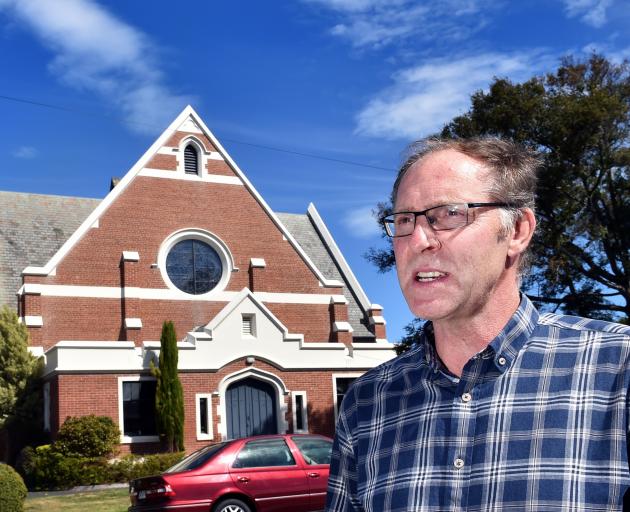 Heritage developer Stephen Macknight outside the Maori Hill church he says should be saved from demolition. Photo: Peter McIntosh
A prominent heritage building developer has called for a rethink on the demolition of a historic Dunedin church.

But the minister overseeing its demise says the concern has come too late for a church struggling with declining numbers.

Stephen Macknight, who has redeveloped buildings including the Donald Reid warehouse, the NMA building and the former Gresham Hotel in the warehouse precinct, said he was concerned the demolition of the Highgate Presbyterian Church in Maori Hill had gone under the radar.

The church is one of several under threat, including the likes of the Andersons Bay and St James' Presbyterian churches, both of which are facing sale or demolition.

The Presbyterian Church has argued shrinking congregations of mainly older people are no longer able to maintain the buildings, which face expensive work to earthquake-proof them.

Mr Macknight said the issue was not just for the church, but for the community.

A former church in Moray Pl redeveloped as apartments. Photos: Gregor Richardson
He said organisations such as the Dunedin City Council and Heritage NZ had ''dropped the ball'' by not listing the Maori Hill church.

The church needed to be clear with the community about what it was doing and why, and give the public a chance to respond.

''If this is allowed to happen in this way, I have no doubt it will be regretted by many now and in the future.

''It is a very impressive building and other options need to be looked at.'' 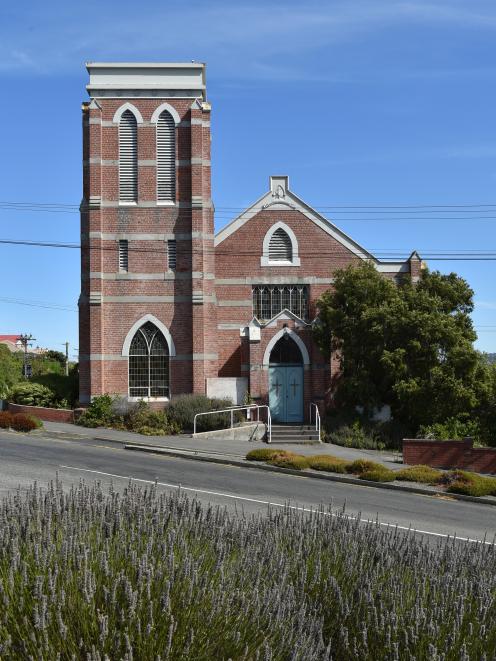 The Andersons Bay Presbyterian Church, which closed in 2015.
There had been ''many, really good redevelopments of churches done around the world''.

The building could be redeveloped as apartments, or for community use.

Examples were the Chapel Apartments on the corner of Moray Pl and View St, or the former Baptist church in Hanover St, the new home of the Dunedin Symphony Orchestra.

Asked if potential buyers might find the requirement to earthquake strengthen the building challenging, Mr Macknight said it could be done.

He understood the building had only an initial assessment regarding its earthquake risk.

''You would never pull a building down on the grounds of an initial assessment.''

He agreed more reports on the building would cost money for a small parish, but if the church did not want the building, it should sell it.

Highgate Presbyterian Church minister the Rev Geoffrey Skilton said the church was going to keep an office building on the site, which was built more recently and connected to the older building, for worship and other church business.

The land was being kept, ''but who knows what the future might open up''.

The church did not consider selling the older building ''as it was seen as part of the whole''.

Congregations had kept giving, but charitable groups often excluded donations to religious organisations, and numbers were declining in the church.

''I have sympathy with those who want to see the buildings kept and maintained and redeveloped, but there's another reality that I live with.''

Council resource consents manager Alan Worthington said the building did not need resource consent for demolition, as it was neither a scheduled building, nor in a heritage precinct.

It had building consent for partial demolition.

Council heritage adviser Andrea Farminer said the council was preparing a list of buildings that could be included on the list, but the Maori Hill Church was not on any list at present.