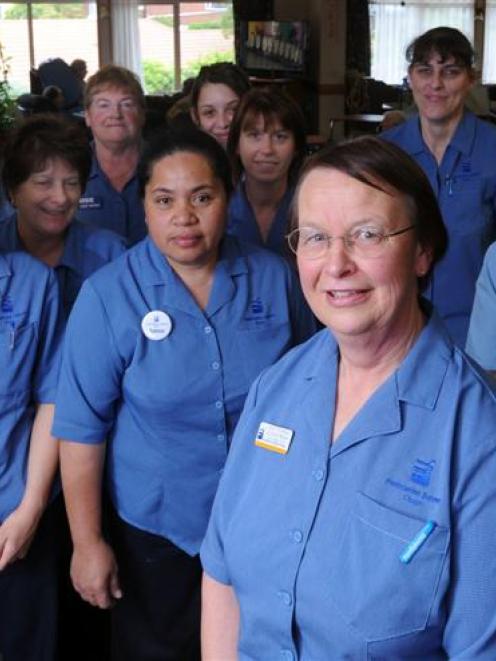 The 63-year-old started her nursing training at Dunedin Hospital in 1965.

Aside from taking time out to have children, she has nursed all her working life, largely in aged care, the last 15 years at Ross Home.

She enjoyed the lack of "acute input" the sector required, compared with general nurses who were often "run ragged".

"There is a lot of satisfaction in caring for elderly people," she said.

While many elderly people hated the idea of going into a rest-home, most "flourished" when the hassle of paying bills and going to the supermarket were removed.

Of all the places she had worked, Ross Home had been the "most pleasurable".

"I think it's the environment and it's the philosophy of valuing lives."

Despite looking forward to travelling around New Zealand during retirement, Mrs Porteous wanted to continue helping carers get qualifications.

"The carers are the ones who see the minute changes in the resident. I think they need to be recognised for their skills and knowledge."