Role a ‘hard place to be’ 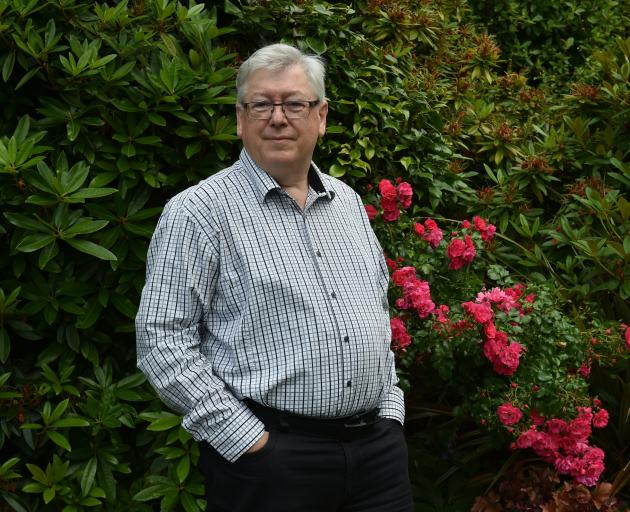 Running a charity is a "hard place to be" these days, says David Glenn, who was at the centre of last year’s acrimonious row at the Otago Multiple Sclerosis Society.

Mr Glenn and wife Beverly Glenn, the society’s president, became the focus of members’ anger when they ignored calls to step down and batted away concerns.

Convinced those in charge were running amok, members took the side of two unhappy former staff members and sought to oust the committee. Mr Glenn responded by saying people with MS lacked a sense of perspective on life. Unsurprisingly, the claim did little to calm matters, and members were soon protesting outside the society’s headquarters.

Asked for an update, Mr Glenn would only say the issue was sorted and there was "no impropriety" by the committee. The Glenns previously said they were willing to stand down in due course, and it is understood a new committee will be elected later this month.

Mr Glenn said increasing regulations and requirements had made life harder for charities.

"Almost without exception charities are short of money as the donation dollar, pub charity funds and the likes of lotteries gets pushed harder and harder for money.

"The constitution of any of these societies/organisations  states the rules for running them and generally this requires volunteers to take an active role in management, as in ours, and not merely a governance role.

"The role of being the employer performed by committee is quite hard, I think, yet is only one of the key responsibilities falling on the committee," Mr Glenn said.

In the case of Connect South,  it was an employment row that featured strongly,

The umbrella agency for Dunedin’s social services had been trying to find a new role through procuring more commercial work. A final decision on its future will be made in the coming weeks. Chairman John Nelson blames staff for resisting change, but Mr Nelson and other board members were accused of bad behaviour.

Mr Nelson told the Otago Daily Times last month he was "not dictator" of Connect South, and had been made a scapegoat.

"Particularly when people are picketing — that is extreme," he said, referring to the Otago MS Society.

It almost always "boils back to lack of communication". Asked if it was common for organisations to run into strife with staff, Mr Farrow said he probably had a "warped perspective" from being called in whenever things went off the rails. Boards were responsible for employee health and safety, and could be held personally liable.

Sarah Simmers, also an Anderson Lloyd partner, said it was no longer possible to delegate overall responsibility for health and safety.

"You can’t turn a blind eye to health and safety ... The buck can still stop with the board."

Would-be volunteer directors should know what they were taking on, she said.

"There’s some really good courses run, like by the Institute of Directors, about governance for not-for-profits.

"It’s not just a passive volunteer role, helping out and being nice, it’s taking on a raft of responsibilities when you step into that role."

Organisations needed to figure out if they still served a purpose, especially when people were not stepping up to take on responsibilities.

"Who would notice if you were not there?’’ Being a successful board member meant being open to different points of view.

"A successful board member is one who can get on well with others.

"When you revert to constitutions, it’s usually got to the stage where the normal humanity of dealing well with others has possibly not worked well."

It was disappointing to see public fights in volunteer societies, which should focus on their purpose rather than distractions.

Mr Tansley said volunteer organisations sometimes attracted people who did not have a realistic view.

"I’ve been on organisations where you have people who have what I call a ‘romantic’ view of the organisation they’re involved with."