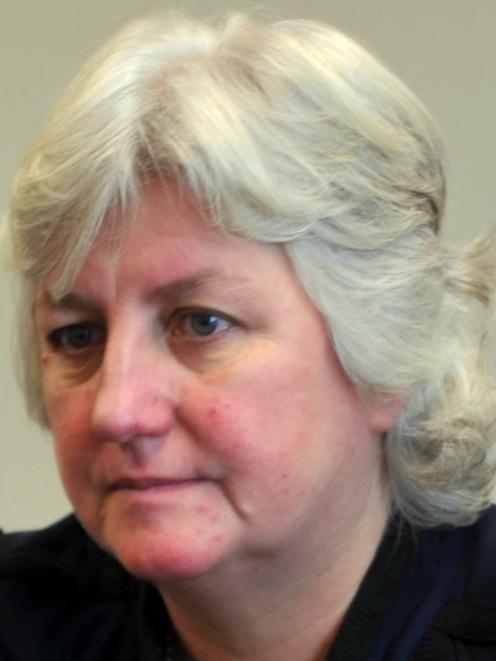 Carole Heatly
The Southern District Health Board has commissioned a high-level review of its rural hospital and health network to underpin moves to offer more services in outlying areas.

Health Partners Consulting Group lead consultant and former director-general of health Stephen McKernan and his colleague public medicine specialist Dr Gary Jackson will carry out an initial service review, to be delivered to the board at the end of this year.

The public will then be consulted, ahead of the release of the rural health strategy at the end of next year.

Chief executive Carole Heatly told board members in Dunedin yesterday rural hospitals would likely be less dependent on the main hospitals in Dunedin and Invercargill when the strategy was in place.

By working in tandem, the six rural hospitals would support each other, rather than viewing Dunedin and Southland Hospitals as immediate fall-back options.

Ms Heatly said after the meeting she did not think the strategy would be contentious, because she believed people saw the need for change.

''I hope that people embrace it for what it is.''

A report to board members said: ''Sustainability and future-proofing of local health services will require different models of care and, therefore, alternative resource allocation arrangements.

Changes of this kind are often contentious and a solid health-needs analytical foundation is essential groundwork for informed discussion.

''Awareness of, and sensitivity to, overprovision is as important as underprovision for DHB planning.''

The review was to have been discussed behind closed doors, but was shifted to the open section of the meeting at late notice; the overriding concern of board members was the public reaction.

At present, he said, Waitaki patients had to travel to Dunedin unnecessarily, because Oamaru was contracted for just two scans a week.

''It's really important that the differences between health provision in urban centres and rural are recognised.''

Clutha Health First chief executive Ray Anton said he might have feared the review a few years ago, but because of the national-level push towards care close to a patient's home, rural hospitals had an assured place in the system.

Mr Anton's main reservation about the process was that its agenda was finding a solution to Queenstown's health service configurations, which is still being worked through with private health providers in a separate process.

''I hope that this rural health strategy is not about Queenstown. It's about rural health overall in the Southern DHB region.''

Ms Heatly, speaking after the meeting, said Queenstown formed part of the strategy, but only in terms of its place in the rural health network.

Rural hospitals would be strengthened by the strategy's focus on delivering care close to home, which she agreed was overdue.

Planned development of day surgery in Queenstown in a public-private partnership with Southern Cross Hospitals, which is still under negotiation, would form part of the strategy.

As well as avoiding much travel for patients, day surgery would take pressure off Dunedin and Invercargill.

Dunstan and Oamaru's CT scanners would be better utilised under the plan.

The strategy would be broad, encompassing the GP and full primary care sector, as well as hospitals.