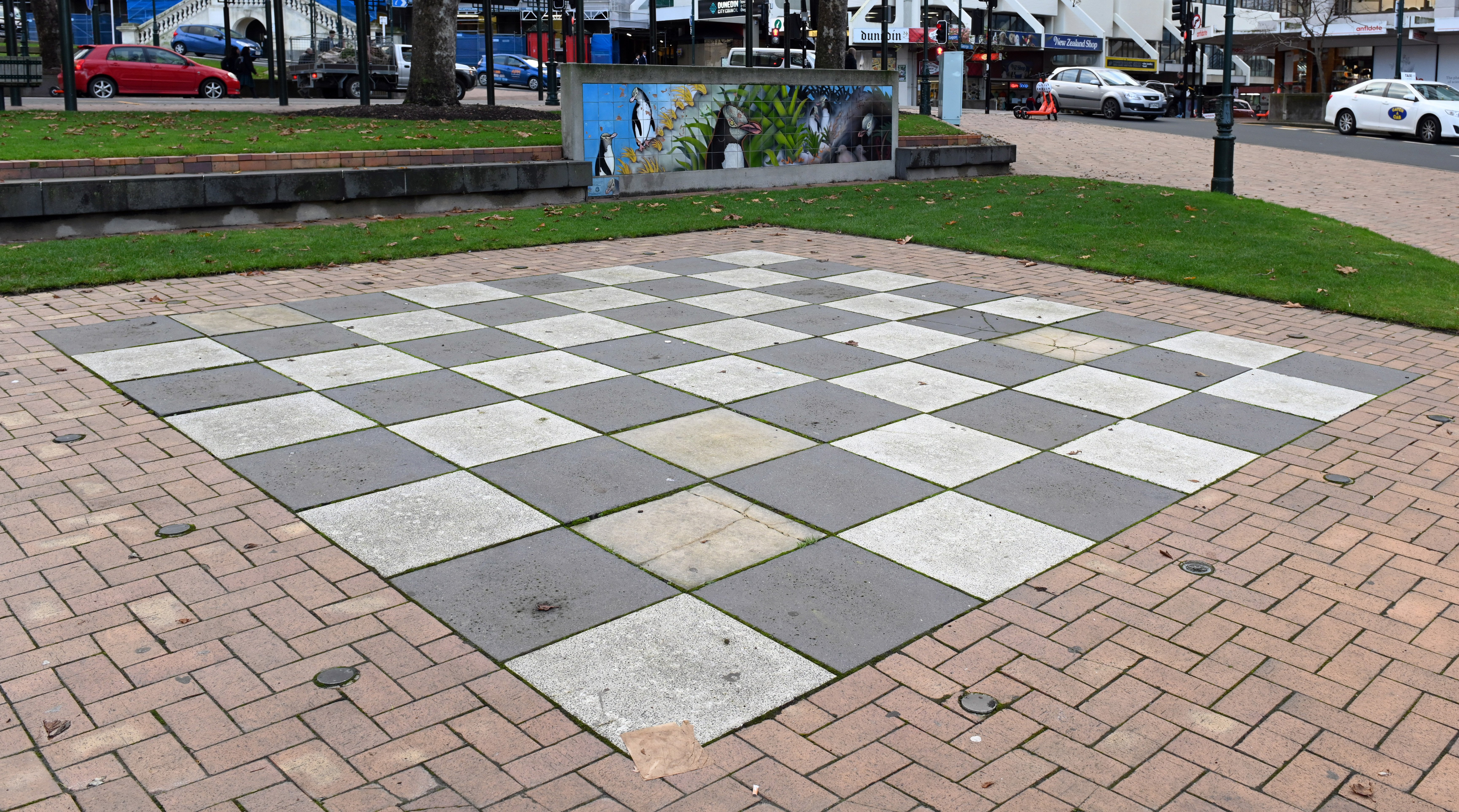 The public chessboard in the Octagon is set to be replaced by a public sculpture, Ayesha Green’s Ko te Tu-hono (below), in December. PHOTO: LINDA ROBERTSON/IMAGE: SUPPLIED 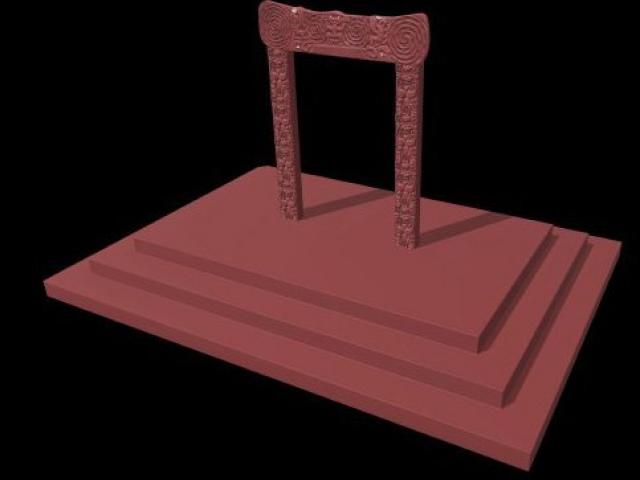 It is checkmate for the Octagon chess board as it is sacrificed for a new piece of public art.

The Ko te Tuhono sculpture by Dunedin artist Ayesha Green has a new date for completion after resource consent for the work was granted in May.

It revealed that the artwork will replace the public chessboard which opened to the public in 1993.

Chess pieces used to be put out daily for public play, but the more recent history of the board has been chequered as the council stopped providing pieces several years ago.

The chessboard would not disappear immediately however, because the opening of Ko te Tuhono has been pushed back after previously having an opening in May pencilled in.

Dunedin City Council manahautu, or general manager of Maori, partnerships and policy, Jeanette Wikaira said the completion date was now expected to be in early December.

Ms Wikaira said the artwork would have its own space in the Octagon, ‘‘which at present is dominated by colonial-era built forms’’.

The granting of the consent would allow the physical production of the artwork to get under way.

Project delays were down to the need to co-ordinate several aspects of the construction.

Physical production of the elements of the sculpture, alongside work to lay foundations in the Octagon had to occur, and had to work around other events in the area.

When completed the sculpture will be 3.8m tall compared with the 2.75m Robert Burns statue at the top of the Octagon.

Ko te Tuhono had been selected from a shortlist of four works by the council’s public art selection panel in June 2020.

At the time, Ms Green described her work as a ‘‘gateway connecting us with our deep ancestral ecologies’’.

Otago Chess Club president Geoff Aimers said the chessboard would not be missed.

The design of the pieces was not suitable as they looked more like road cones than chess pieces.

The council should consider installing a public chessboard somewhere else with more classical chess pieces, he said.

After the council's recent public handwringing over its budget, surely non-essential items like this would be cancelled? Surely?!

That's it? An archway?
If you're going to put in some "artwork", do something a bit better looking than something people grow climbing roses up.

Apart from the fact this new manager has no expertise apart from genetics, and council is seeking to employ six more staff solely to implement the Treaty, i find this woman's comments about the colonialist chessboard quite racist.

Apart from your OBVIOUS ignorance, I find your comments completely racist and unnecessary

It will be great to see this sculpture added to the Octagon - it will make an important statement and connection and it's attractively designed. The vibe and buildings of the space are more 20th century than 19th, although the Municipal Chambers and Burns statue are focal points, and there are a couple of impressive facades on the lower side.

Interesting choice of form, an arch: given it's to be sited in the Octagon, I expect it'll soon be used as a night time climbing frame by inebriated youth.

They'd better put some rubber mats underneath it or they'll get sued for having an unsafe playground.

Waste of money a box ticking exercise. How much?

I think this sculpture is AMAZING and going to be a perfect addition to the colonial vibe that is the Octagon, and it's about time !!!
As for pathetic comments that there is a racism behind the "colonial" comment, you YOURSELF are coming across extremely racist so is rather hypocritical.
This sculpture will be perfect, well overdue and I hope there is many more to come....HONOR THE TREATY PEOPLE, WE WERE HERE FIRST!!

That is rather a bold statement considering we know not all of early human migration. Even Maori folklore speaks of the Patupaiarehe being the 'first' people of New Zealand. If we are to consider early oral history of Kupe, then surely we are compelled to consider the possibility of earlier human settlements? We all 'came here' at some stage in history, who was 'first' is far different that who is indigenous, for they are not the same thing. Known history and newly discovered history can often rewrite history. By all means though, build the arch, almost every art piece presented to a public place invokes criticism and praise.

So we get an ugly, meaningless imitation goalpost instead of something people could enjoy. I thought DCC were strapped for cash. More money wasted on vanity projects the public don't want.