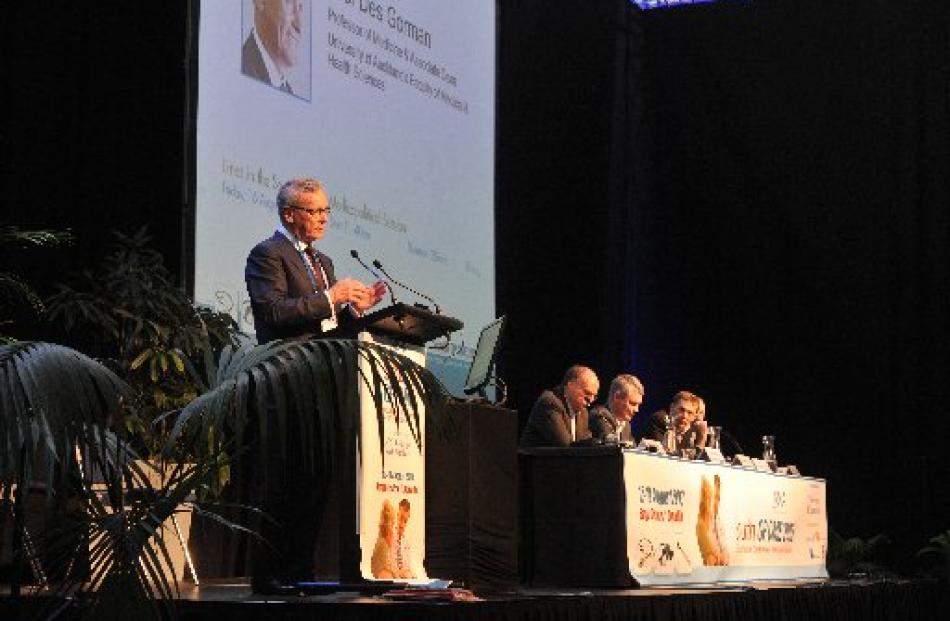 Prof Des Gorman speaks at the GP conference at the Edgar Centre. 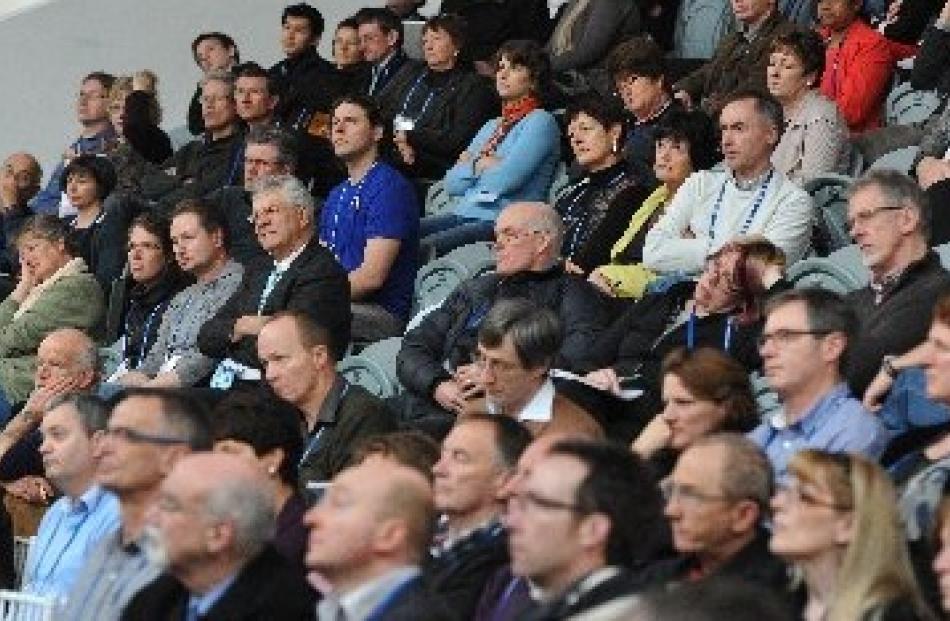 An ''extraordinary'' drop in international medical jobs contributed to a shortfall of places for this year's medical school graduates, which was resolved this week only by the goodwill of district health boards, Prof Des Gorman told a GP medical conference in Dunedin yesterday.

Prof Gorman, executive chairman of Health Workforce NZ, said some boards had promised to take on more young doctors than intended, to resolve what had been a significant shortfall.

This year, about 430 students would graduate from New Zealand's two medical schools.

''How on earth has this happened so quickly?''Increased medical school placements, along with fewer opportunities overseas, and low turnover among senior doctors, had created the unexpected situation.

What had been a large outflow of doctors leaving New Zealand each year had greatly reduced, and many were now coming home.

Increased medical school places were expected to create a tight situation with intern places - but it had not been expected to be an issue for another three years, he said.

One DHB recently had 118 British applicants for 10 doctor vacancies.

New Zealand's reliance on overseas trained doctors was set to drop. Prof Gorman believed a target of 15% international medical graduates was desirable (it is around 40% at present).

Training more doctors controlled salaries, and encouraged them to go to the provinces and into less popular specialties.

Prof Gorman was speaking at the General Practice Conference and Medical Exhibition held at the Edgar Centre.