Stadium to feature at LA conference 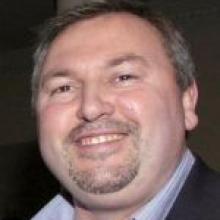 Guy Hedderwick
Forsyth Barr Stadium in Dunedin will be on show to the world at an international gathering of stadium representatives in the United States next week.

The three-day annual exhibition and conference, which begins in Los Angeles on Tuesday, was expected to attract up to 500 representatives from stadiums and venues across North America, parts of Europe and Brazil, he said.

It would include exhibition displays and conference talks.

Mr Hedderwick is scheduled to address the conference last as part of a group of four international speakers on Thursday.

He would discuss plans for the stadium's "unique" customer experience and design features, including its fixed roof and turf growing successfully under cover.

"I think there's a real interest in the grass growing under a fixed roof. Lots of stadiums around the world have got roofs, but very few of them have successfully grown grass under them," he said.

The challenges of constructing the stadium so close to an international event, in the shape of the Rugby World Cup 2011, would also feature, as would the relationship with the University of Otago, he said.

The conference was organised by UKIP Media and Events and the International Association of Venue Managers' stadiums committee.

Mr Hedderwick was appointed as the only non-US member of the 15-strong IAVM stadiums committee last year.

He said he would be New Zealand's only representative at the international conference, would not receive a fee and his costs would be met by organisers.

Among speakers to address the conference would be AEG Worldwide president and chief executive Tim Leiweke, whose company owns sports arenas, venues and franchises, among other investments.