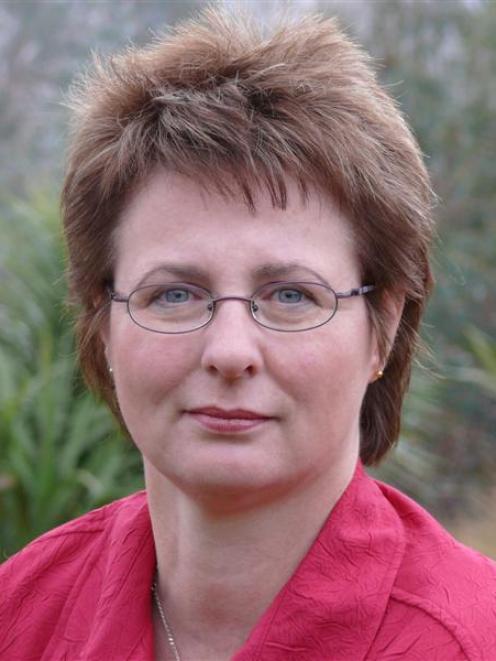 Nicola Holman
Another Otago academic has weighed into the debate on the final cost of the Awatea St stadium, coming up with a new figure for the stadium of close to $214 million.

Former Dunedin City Council auditor Nicola Holman, who teaches public sector accounting at the University of Otago, has disagreed with figures suggested by Dr Robert Hamlin, of the university's school of business, who recently claimed the stadium would cost closer to $400 million.

Mrs Holman, who stood unsuccessfully for the mayoralty and the city council last year, has opposed stadium funding.

She said some of Dr Hamlin's findings were incorrect, because he did not have a full understanding of events since August last year.

Mrs Holman said she had come to her conclusions based on publicly-available information released by the Dunedin City Council.

On top of the $188 million cost anticipated by the Carisbrook Stadium Trust, Mrs Holman has included almost $20 million of interest that would be capitalised - or added to the capital cost of the project - and $5.9 million she said the realignment of State Highway 88 would cost.

Council finance and corporate support general manager Athol Stephens responded yesterday by saying Mrs Holman was partly right, but was mixing two principles - the "bricks and mortar" cost of the stadium, and the cost of paying debt the council would raise to fund it.

That interest has been estimated at about $92 million for the life of the debt.

Capitalising debt "in a sense" pushed up the cost, but from the trust's perspective, the cost had not changed, Mr Stephens said.

But Mrs Holman said from an accounting point of view, the stadium would have the capitalised interest on its cost when it was transferred to a council-owned company on completion.

On Dr Hamlin's claims trustees of the Carisbrook Stadium Trust could wind up the trust and hand over the stadium to whomever it chose, Mrs Holman said those issues were dealt with by the auditor-general when he conducted an inquiry last year and recommended ways for the council to deal with the relationship.

She also disagreed with Dr Hamlin's claim the realignment of State Highway 88 would cost $50 million.

The project had been planned for years and the council's share of the cost of the realignment would be $5.89 million, not $50 million.

"Having said all of this, I don't believe the project is financially viable, and it could well bankrupt the city or, at least, force the city to sell some of its assets like the Waipori Fund or Delta [Utility Services]."

She said the stadium would only make a $249,000 profit annually if income projections were accurate and depreciation and interest were not considered.

Adjust for depreciation, interest and allow for loan principal repayments, and the net cashflow became an annual $9.8 million deficit.

Some of this would be offset by anticipated tax benefits, but the remaining $4.8 million would have to be met by the council group of companies, reducing its dividend to the council, she said.