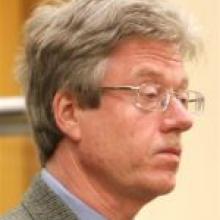 Alan Graham Thomas Payne
A scholarship funding shortfall claim by two University of Otago PhD dental students is under review, in the wake of the conviction of their former clinical research supervisor last year and his recent suspension and censure by the Health Practitioners Disciplinary Tribunal this month.

The international students have appealed for funding extensions of their PhD research scholarships, after their clinical studies were delayed by a police investigation and the subsequent conviction of their supervisor, Associate Professor Alan Payne, a former head of department at the dental school.

If the review of the students' case, by health sciences pro-vice-chancellor Prof Peter Crampton, finds in their favour, it would set a precedent for the funding of PhD scholarships at the university, given such funding was limited to three years.

Prof Peter Crampton said the situation was under review and "we will communicate directly with the students".

Prof Alan Graham Thomas Payne, of Whangarei, was suspended from practice and censured by the Health Practitioners Disciplinary Tribunal this month.

Prof Payne (54), a former head of department at the University of Otago School of Dentistry and a specialist prosthodontist, pleaded guilty in the Whangarei District Court last year to two charges of using forged documents and one of obtaining money by deception.

The case was transferred to the Far North after Prof Payne moved to Whangarei last year.

A student contacted the Otago Daily Times in a state of distress after reading about Prof Payne's recent suspension and censure.

The student said a friend had lost out on scholarship funding as a result of Prof Payne having been arrested by the police.

University graduate research services director Dr Charles Tustin said the two students had not lost out on funding. Rather, the terms of their scholarships were nearing completion.

The university had a policy of not extending the three-year term of any PhD scholarship, he said.

"It is never extended, no matter what circumstances. Sometimes students have to look after themselves," he said.

It was not unusual for PhD students to extend the period of their studies beyond the three-year time funding limit, but funding did not continue past that point, he said.

The PhD research being conducted by the students had "experienced delays" because of the police investigation of Prof Payne, he said.

The students were conducting clinical research, which needed specialist supervision from a prosthodontist.

"Their research experienced delays. There are not many clinical supervisors around with the kind of specialist knowledge [Prof Payne was providing] . . . [Prosthodontists are] just not that easy to replace," Dr Tustin said.

The students' three-year funding periods were nearing completion, he said.

The students have appealed to the university to take into account the "exceptional circumstances" of their case.

The university was used to handling such matters "internally" and it was a surprise to hear the media had been approached about the issue, Dr Tustin said.

He expressed sympathy for the students over their funding predicament but did not expect their case to be handled differently as a result of their having spoken out.

"It is certainly a most unusual case. We take these things very seriously ... The university prefers to handle such matters where the full information can be considered in the appropriate arena," he said.