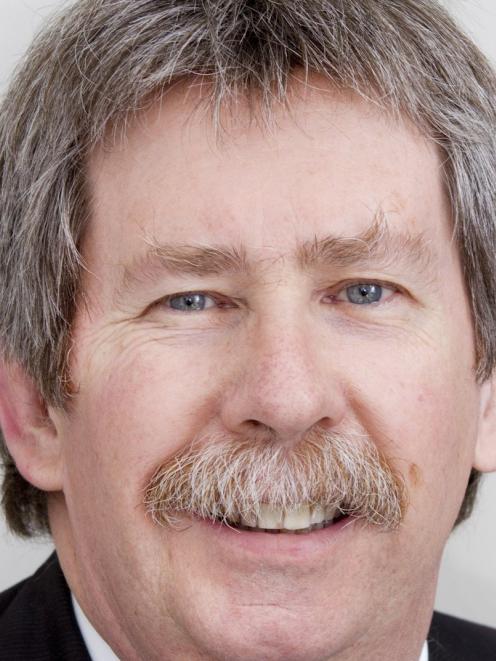 Richard Thomson
The Southern District Health Board has moved swiftly to allay fears of a downgrade of Dunedin Hospital after more than 10,000 people joined a social media campaign in just over three days.

The ''Stop Dunedin Hospital from being downgraded'' Facebook page had garnered more than 10,300 ''likes'' last night. Hundreds commented on the page with personal experiences of the hospital, condemnation of the Government, and pleas to the public to fight back.

However, the board said there was no plan to downgrade the hospital.

The online campaign arose from a new local health plan in which it is suggested some specialties at Dunedin Hospital could be unviable as stand alone services. Some submitters took issue with implied changes to Dunedin Hospital's status, including the University of Otago's Dunedin School of Medicine.

Southern District Health Board member Richard Thomson posted to the page assuring people that while some services might be amalgamated with those of other boards, they could still be provided in Dunedin. Neurosurgery was an example of how it could be done.

''I'm grateful that so many people feel so strongly that they want to support [Dunedin] Hospital but it would be unfortunate if one newspaper headline was to cause people to think something sinister was afoot,'' he said in his post.

In an interview with the Otago Daily Times yesterday, Mr Thomson said the ''overreaction'' was because it was easy to ''push a like button'' on social media without understanding an issue. It was also gratifying to know people cared, he said.

The campaign reflected the worst fears of some submitters, but the fears did not reflect what was actually planned, he said.

''What is a statement of fact is that we do have services that are potentially at risk . . . because our population size makes it hard to maintain them.

''If the [professional] college has a rule that says you have to do X number of procedures a year to be clinically safe, then we don't make that rule up.

''If that were to put a service at risk, we would have to look at ways in which we could hopefully maintain that service and have it done out of Dunedin.''

In some cases, it was not about existing services, but new techniques and sub specialties popping up in bigger centres and leaving Dunedin behind.

''What's happening is that the services are subdividing in front of our very eyes.''

Mr Thomson believed fears were partly stoked by concern over the run down state of some of the city's hospital buildings, and the need for a new clinical services building.

Some people seemed to be linking things that were actually separate problems.

''[There is] a sense that maybe there's almost a deliberate plan to run the place down here, and that's categorically not true.

''There are people who believe this is almost like some sort of orchestrated plan ... but it honestly isn't.''

Social media campaign founder Simon Smith, a gib stopper, of Dunedin, told the ODT he set up the page because of concern about the potential cost of repairs to the clinical services building. It was a ''temporary fix'' when a replacement building was needed.

''Last thing we need is a downgrade forced upon us because we or/and the Government didn't set the ball in motion future proofing or building a new hospital.''

He believed the page was providing a focal point to air the concerns. Mr Smith was grateful to Mr Thomson for explaining the situation, and ''there will probably be no one better experienced to answer the questions''.

But Mr Smith was also wary of how such a situation could change. He said he was somewhat taken aback by the huge response since the page was launched.

''Our message to the Southern DHB is that if there is any downgrade in the pipeline, it will offend a lot more people than they care to realise, so be ready for marches and protests because, going by the comments on the page set up, they are ready and willing to do one right now.''

Health board chief executive Carole Heatly said in a statement Mr Thomson had done an excellent job explaining the issue.

''I, too, would like to reassure people that there are no plans whatsoever to move specialist services to Christchurch. That would only be considered if services, for whatever reason, were clinically unsafe or unsustainable locally.''

Ms Heatly said the board was in discussion with South Canterbury District Health Board to try to redirect patients in some services to Dunedin, which would strengthen southern services.

''The confusion has come from media reports about feedback on our draft strategic health services plan.

''The campaign is, however, wonderful. It demonstrates how passionate the community is about their hospital.''