Tale of apology that wasn't 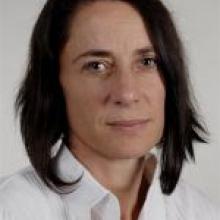 Teresa Stevenson
When is an apology not an apology? Answer: When it does not meet Dunedin Mayor Peter Chin's requirements.

Cr Stevenson released the emails to the Otago Daily Times yesterday, an action that further angered the mayor.

Asked about the issue by the Otago Daily Times on Sunday, Mr Chin made no mention of the emails, saying only that the apology had not yet been received.

Yesterday, he said that was because the apology had not been received in the acceptable form that was required, "therefore, as far as I'm concerned, I haven't received it".

Asked why the apology was not acceptable he said: "I'm not going to answer that question."

"It is a matter between she and I, and I'm not prepared to litigate through the media.

"I'm disappointed she has chosen to release this information," Mr Chin said.

Cr Stevenson was found to have leaked details to the newspaper in January of a confidential letter about the Forsyth Barr Stadium, sent to the Government by Mr Chin and Otago Regional Council chairman Stephen Cairns.

Councillors were told about the letter at the time, and were also told the matter was to remain confidential.

She was subsequently censured and asked to make an appropriate apology to the council.

Cr Stevenson said the delay in sending the apology was due to the annual plan hearings taking 10 hours a day for five days, and the need to have the letter checked by various people.

It had been through several redrafts to increase the level of apology while maintaining sincerity, she said.

On Saturday, Mr Chin replied by email the form of the apology was not acceptable.

"I suggest that you re-read the report of the conduct committee and have another go.

"If you want to talk to me about it, let me know."

''I unreservedly apologise for raising questions which brought public awareness to the content of a confidential briefing. I now understand that the councillors and the mayor sincerely and deeply wanted finance for a city project and my questioning of the mayor's confidential letter with its suggestion to gift assets put this funding in jeopardy.

''This questioning of this confidential mayoral letter showed I was not working as part of the team for which I apologise. I am committed to work or the benefit of the city and in the future will work more constructively to achive this objective with the other elected members.''