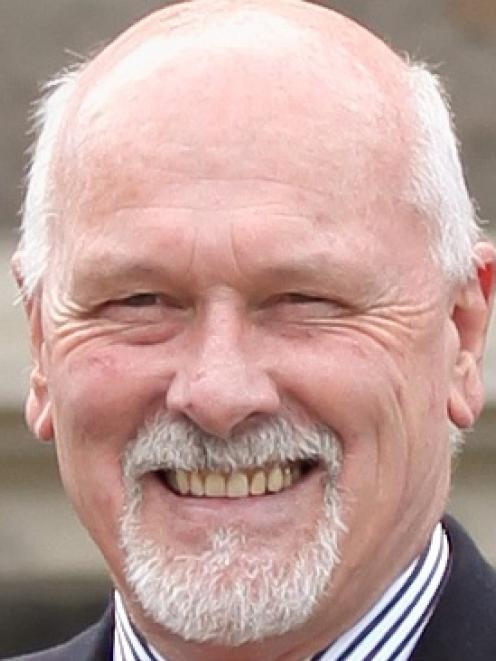 Clive Rennie
Otago Boys' High School rector Clive Rennie is backing the decisions of two teachers who had to be rescued along with 10 pupils from the Rock and Pillar Range on Saturday night.

Twenty Land Search and Rescue (SAR) volunteers from Dunedin and 10 Middlemarch farmers were deployed to rescue the school tramping party, after the teachers and teenagers became disoriented in heavy fog and mist about 7.30pm.

They spent about six hours sheltering among snow tussock and rock below the ridge on the Middlemarch side of the range.

Cellphone coverage in the area was patchy and the batteries in the group's two locater beacons ran down. However, the group was well-equipped with safety blankets and wet-weather gear. The teachers lit a fire to keep warm and to boil a billy for hot drinks.

Mr Rennie said he had absolute confidence in the two teachers leading the tramp and was happy with the decisions they made.

''I had total faith in both staff members and even when the police contacted us we were sure they would work through it pretty quickly.''

He praised the SAR volunteers and Middlemarch residents, and said the pupils, aged between 14 and 16, were ''very good and very supportive of each other''.

''The local people were great. They were extremely supportive, very knowledgeable of the country and made it a lot easier from our point of view.

''For the boys themselves, it was a real learning experience, but one where they came up trumps.''

It was to have been a two-day tramp for the Duke of Edinburgh's silver award.

The group left Dunedin on Friday, intending to spend Saturday night in a hut on the range before tramping out.

Good weather on Saturday prompted the group to do a longer tramp, initially planned for yesterday. They planned to stay at the hut on Saturday night before completing the shorter tramp.

But late on Saturday afternoon the weather closed in and the group could not find the hut.

Constable Don Peat, of Dunedin, led the SAR team from a base set up at the Middlemarch fire station.

Searchers were deployed about 11pm, the group was found about 12.45am, and all were in Middlemarch by about 3am.

Const Peat said the school group had all the right gear and followed instructions to ''hunker down and keep warm''.

''Once people start to get cold and wet it's a downward spiral, and we found them at the right time.

''They warmed up with a Milo at the station. We gave them dry clothes and they stayed the night in front of the fire.''

He thanked the volunteers involved for ''going the extra mile''.

''It was pitch black up there and with the fog you couldn't see your hand in front of your face.''

Eventually, the teachers saw vehicle headlights ''and turned their torches on so we could find them''.

It was ''fortuitous'' SAR volunteers were available, as most attended a competition on Stewart Island at the weekend, Const Peat said.