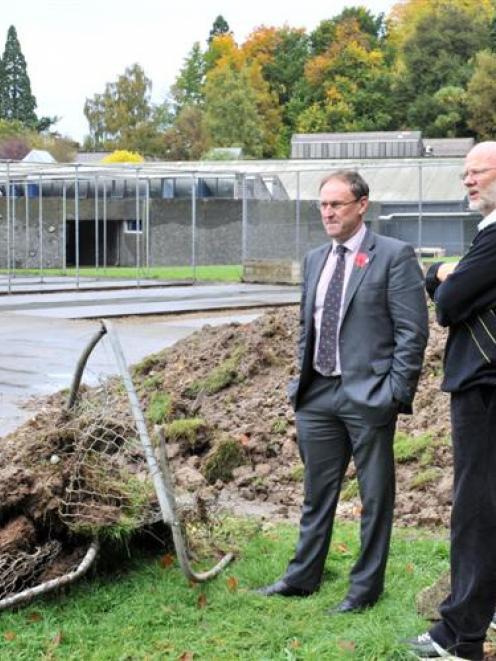 The facility was built in 1981 and had lasted well, but had deteriorated in the last five or so years and was no longer safe, Rust said.

OBHS sports council chairman Geoff Bates took on the challenge of raising the funds. There is still a $40,000 shortfall but both men are confident the nets will be ready in time for summer.

About 30 people turned up for a working bee at the weekend to carry out some demolition work.

''We are going to do some of it ourselves to reduce labour costs,'' Bates said.

''The next stage is to get the turf down. There are going to be four dedicated nets. The bays will be about another 4m long, so we'll have a 16m-long enclosed net, fully turfed.

''There will also be a shock underlay for the bowlers, so they are not running off grass on to asphalt.''

There were originally eight nets. The remaining area would be converted into a general-purpose practice area and would also be fully turfed, Bates said.

The school is celebrating its 150th anniversary later this year and Bates hopes some of the old boys will be keen to give money for the project.

Rust said the upgrade was badly needed and he hoped the improved facility would encourage more people to take up cricket and stay with the sport.

''We'll be able to use these as proper teaching and coaching facilities.''

Because the nets are to be on Dunedin City Council land, they will be open to the public, so the wider cricket community stands to benefit.