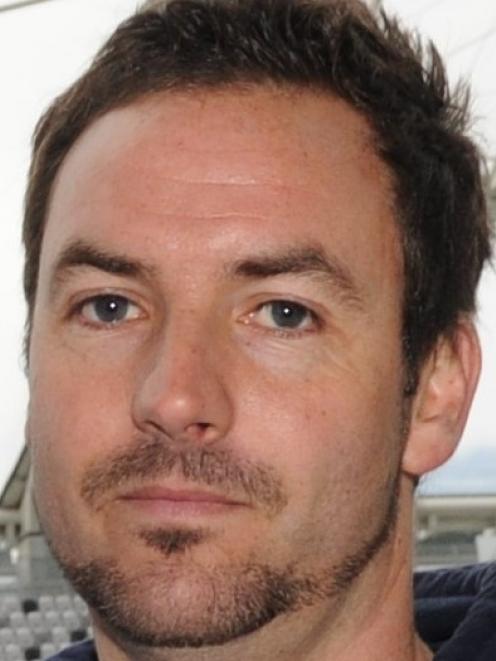 Ryan Martin
Otago Boys' High School will be out to claim a hat trick of Highlanders First XV wins when the final is played at Littlebourne this afternoon.

The Dunedin school has not lost in the competition for more than two years and will go into the match against Southland Boys' High School as a warm favourite.

Coach Ryan Martin has had a full-strength team to pick from, with halfback Matt Ellis set to take the field after recovering from a dislocated shoulder.

Flanker Riley McDowall has been out for more than two months with a broken ankle but has been cleared to play and will make some impact off the bench.

Otago Boys' got off to a slow start this season as the first round of the competition was disrupted by a double bye in the northern section after Kavanagh College pulled out.

The side struggled for a period but Martin said it had been improving in recent weeks, putting a real emphasis on defence.

Martin said Otago Boys' had managed to keep some teams pointless in the past few games and had a real emphasis on keeping the tryline intact.

He said the forwards had dominated many of the games lately and he would look to his big pack to lead the way this afternoon.

Key players in the forwards are hooker and captain Sekonaia Pole and prop Jermaine Ainsley, while big No 8 Tui Katoa can be destructive on attack.

Ellis will give the side much direction in attack while Sio Tomkinson is a key in the Otago Boys' midfield.

The only other time the sides have met this year was in Invercargill, when Otago Boys' squeaked home 12-10.

Martin said the team did not play to its best that day, with some loose kicking impacting on its game.

He was hoping for a fine day today and the ability to run the ball round.

The winner of the Fulton Hogan-sponsored Highlanders First XV competition will play Marlborough Boys' College in the South Island final next weekend.

If Otago Boys' wins today, it will play Marlborough Boys' at Forsyth Barr Stadium next Sunday. The match will be the curtain-raiser to the ITM Cup game between Otago and Hawkes Bay.

If Otago Boys' wins that game, it will qualify for the second year in a row for the national top-four finals.