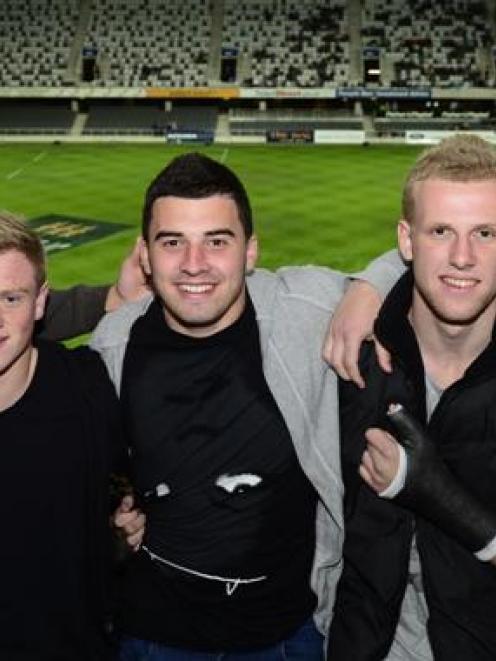 Included in the squad are Sekonaia Pole (hooker), Troy Callander (lock), Alex Fitzgerald (No8) and Josh Renton (halfback). Josh Dickson (blindside flanker) had to withdraw from the team after breaking three bones in his left hand in the top-four final against St Kentigern College last Saturday.

"Its amazing to have four boys in the team and two more in the Barbarians," Otago Boys' coach Ryan Martin said. "It's the biggest representation of any school in New Zealand."

It is the most players that Otago Boys,' or any other Highlanders-based school, has ever had in the New Zealand squad.

The previous best by Otago Boys' was in 1995 when Sam Johnstone and Pita Wilson were in the New Zealand team.

The selection of No8 Fitzgerald (17) was a stroke of genius by Martin. Last year, he played centre for the John McGlashan College first XV.

"It was a good move to shift from John McGlashan to Otago Boys'. I couldn't have been in a better team," Fitzgerald said.

"It was a massive move for me to move into the forwards but it produced the results and I'm over the moon with my selection."

Pole (17) grew up in Auckland and joined the Otago Boys' squad last year.

"I'm really happy to make the team. It's a reward for all the hard training I've put in. It has paid off," he said.

Otago Boys' captain and halfback Josh Renton was "stoked" when he heard the news.

"I couldn't be happier."

The boys were shown around the Otago Rugby Football Union's facilities at the Forsyth Barr Stadium and were hosted by it for the ITM Cup game between Otago and North Harbour on Tuesday.

"We told them about our development plans and showed them the High Performance Centre," ORFU general manager Richard Kinley said. "We wanted them to see that they have a future with Otago rugby."

Both games are in Auckland.