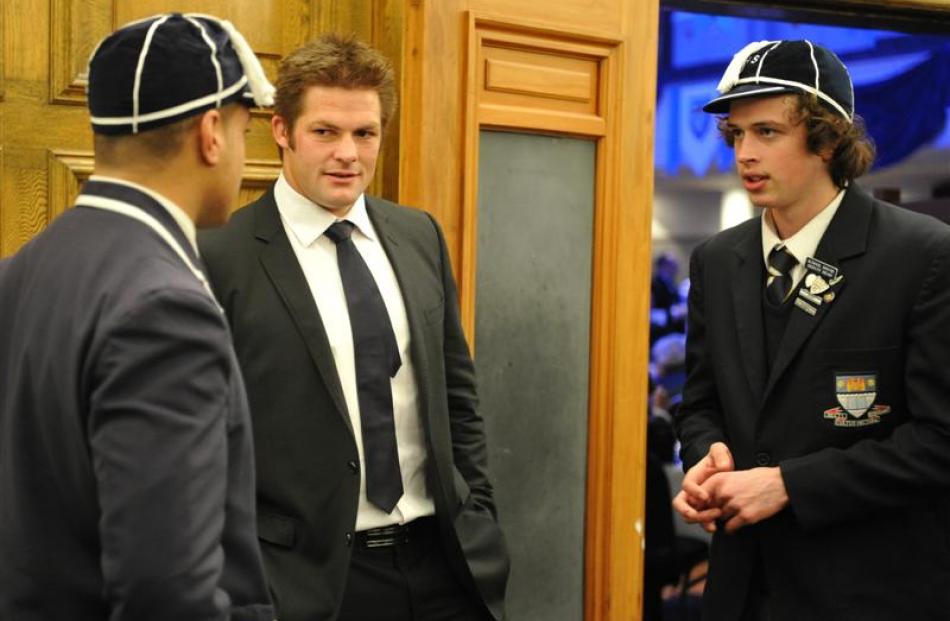 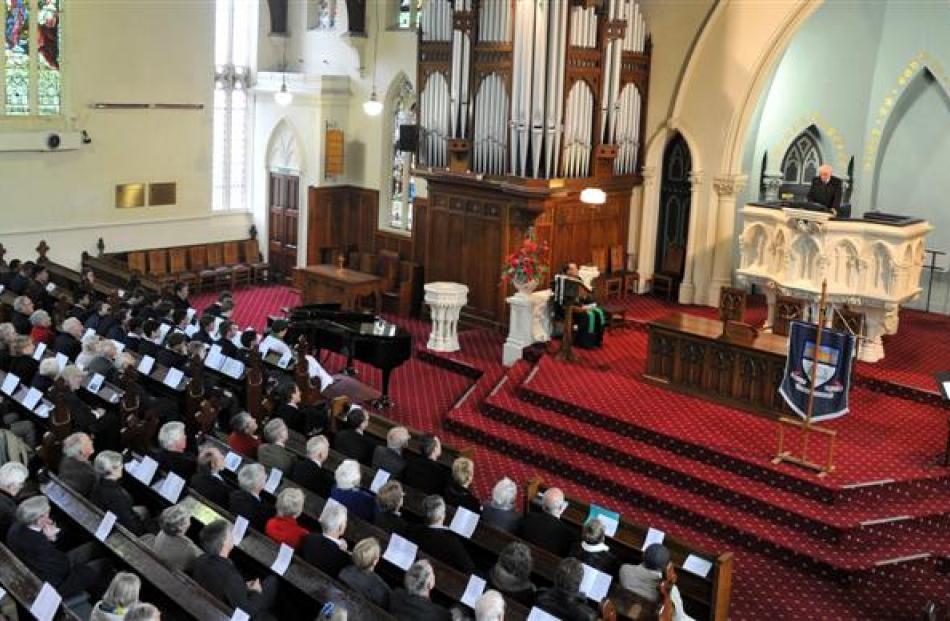 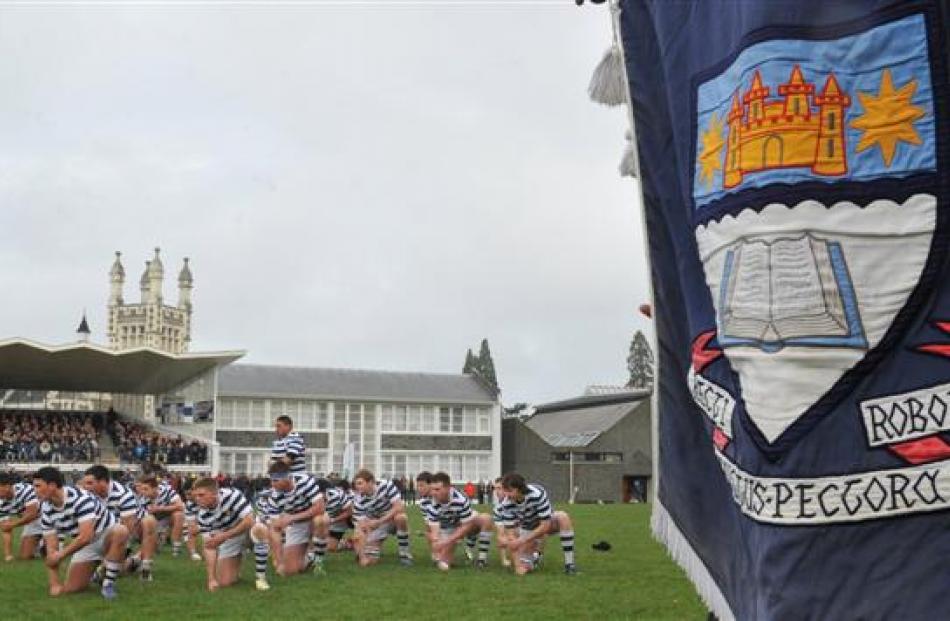 The haka being performed during the OBHS v Christ's College rugby game. Photo by Craig Baxter. 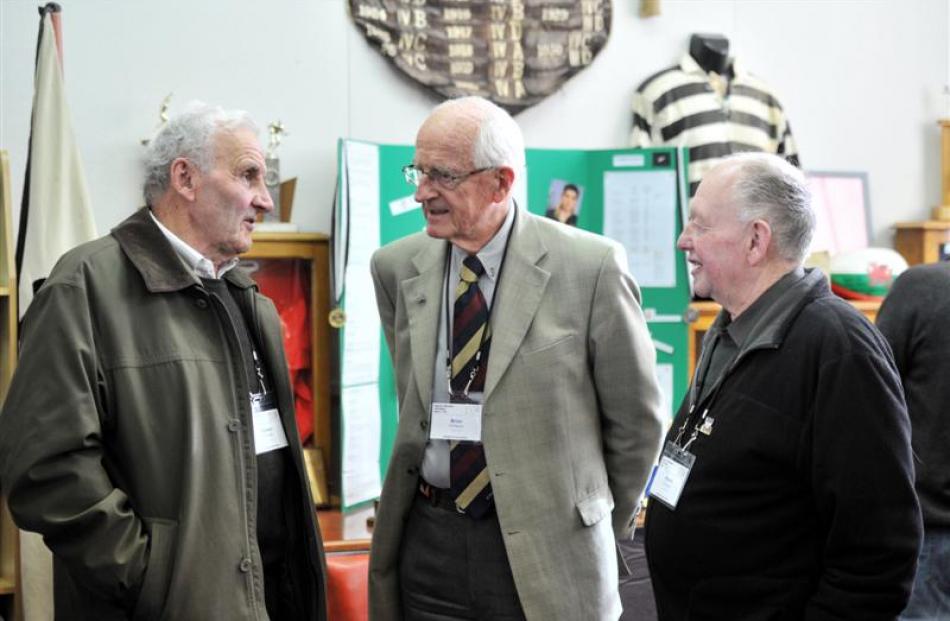 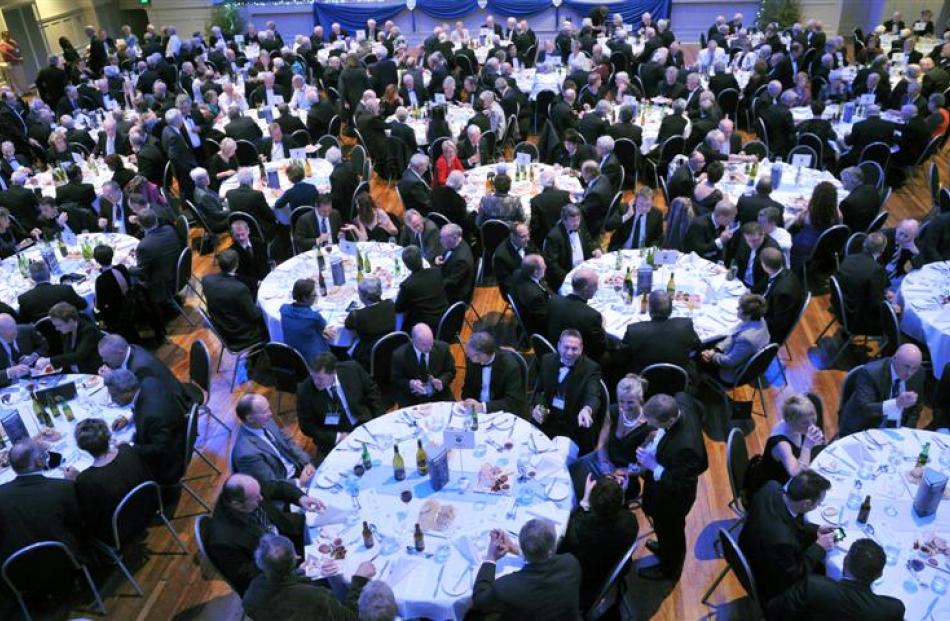 Theologian Sir Lloyd Geering found his five years at Otago Boys' High School a ''grind'' but it taught him ''how to play the game''.

Sir Lloyd (95) said at the Otago Boys' High School 150th anniversary many pupils called their school years the happiest days of their life.

He did not share the sentiment, he said in a sermon at the school's 150th anniversary service at First Church yesterday.

''I was not unhappy at school but I found school life a grind. That was partly because I was coming in, on the train, from Mosgiel every day, living in a home with no electricity or running water and had to do all my homework by a kerosene lamp.''

Despite the grind, he was ''exceedingly grateful'' to the school because it had prepared him for university and beyond, he said.

In the sermon, he recalled a minister speaking at a Otago Boys' prizegiving in 1931 - his first year at the school - urging pupils to ''play the game''.

''The way we learn to play team games has a great deal to offer to the way we live our lives.''

When he started at the school, team sport was optional.

''What we learn in our games, we can then take into the game of life ... the happiness and success we seek, depends upon how well we co-operate with other people for a common good.''

But with any game, you must learn the rules and life's rules were morals, he said.

''What a different world this would be if we all meritoriously observed that simple rule of respecting other people.''

And more than $38,000 was raised at an auction at the reunion dinner on Saturday, she said.

''Richie [McCaw] was at that but it's been kept very quiet because he came down as an old boy rather than as a special guest.''

A ''packed house'' listened to Sir Lloyd speak at First Church yesterday and 350 people attended a barbecue lunch at the school yesterday.

''They've all been farewelled and sent on their merry way.''