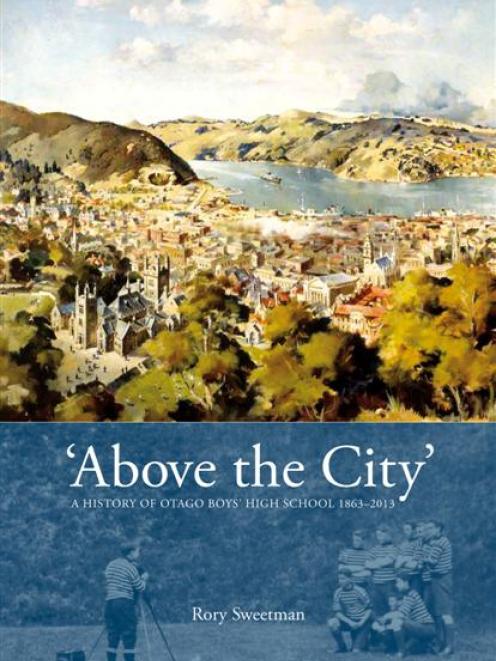 A controversial official history of Otago Boys' High School has been given detention.

Above the City: A History of Otago Boys' High School 1863-2013 by Dunedin historian Dr Rory Sweetman was scheduled for publication in time for the school sesquicentennial last Friday.

However, the school delayed publication because of controversial content about two former rectors, who are now dead.

''It's a shame it wasn't out in time for the reunion. I think it's a tremendous history,'' Dr Sweetman said yesterday.

''It was a great honour and a privilege to do it, although it was written as a history book, not a promotional book, and that is becoming apparent.

''I think part of the reason it's a good book is because it's been written by an outsider with an independent voice, rather than an old boy,'' he said.

''I'm an historian and I wanted to do a really good job that reflected the importance of the institution.''

He said it was based on old boys' memories, but was not written just for old boys.

''I wanted to explain the school and its traditions to the outside community.

''It's not uncritical. If I've got 10 boys telling me something, then it's going in the book.

''No-one will agree with everything in the book and there are some controversial issues.

''But I wanted to know every boy's experience at the school, whether they ended up as an America's Cup winner or as a school janitor.''

More than 400 staff and pupils contributed their memories to the history, which was commissioned by the school three years ago with the aim of having it published for last week's 150th celebrations.

''He's written a really good book and we're disappointed we didn't get it out in time for the 150th, but hope it will be out in the next couple of weeks,'' OBHS rector Clive Rennie said yesterday.

''A couple of things were changed.

''We had some negotiations about some aspects of the book and a couple of chapters had some things that were changed.''

According to the book, Mr Aim was the subject of a staff mutiny in the 1950s, while Mr MacLachlan had a romantic liaison with a staff member in the 1980s.

Dr Sweetman will talk about researching Above the City: A History of Otago Boys' High School 1863-2013 at 10am next Tuesday at Toitu Otago Settlers Museum.