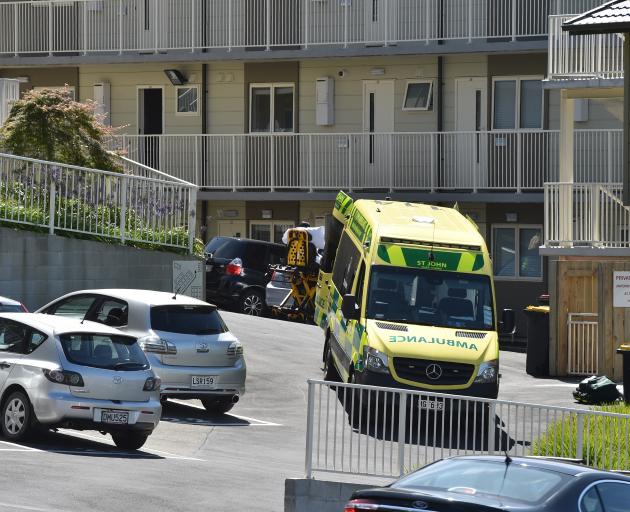 PHOTO: GREGOR RICHARDSON
An ambulance attends the scene of a fire where two people were injured in Dunedin yesterday.

A Fire and Emergency New Zealand spokesman said it was called to the Park St property, in North Dunedin, just after 1pm.

The "small fire" was out before two fire appliances, from Dunedin Central and Willowbank, arrived, but two people had been injured.

A member of the public had extinguished the fire, he said.

It was too early to determine the cause of the fire.