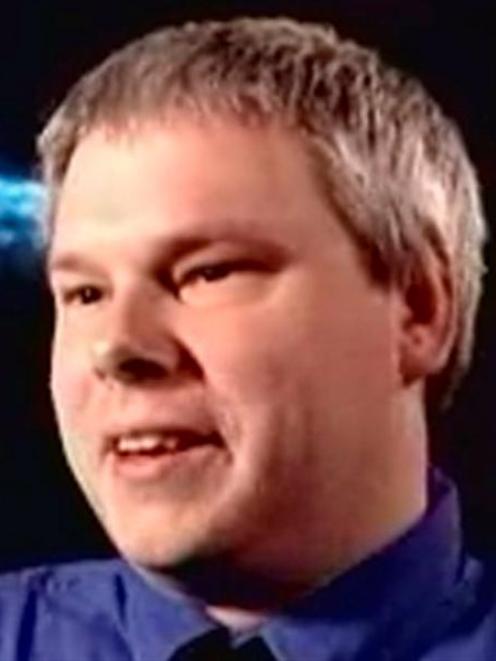 Dr Griffin (47), who will take up the Dunedin post in late May, is chief executive of the Oxford Trust in Oxford, England, a charitable foundation which encourages ''the pursuit of science'' and related education.

He also chairs the UK Association of Science and Discovery Centres, representing the interests of the 60 centres in Britain.

The Dunedin appointment - for which Dr Griffin will receive total annual remuneration of $250,000 - marks the biggest change in the Otago Museum's operational leadership in 18 years.

Married, with three children, Dr Griffin gained a PhD in astronomy from University College London in 1991.

He has since held a series of senior posts, including as director of the Museum of Science and Industry, in Manchester, England (2004-08), and head of the Office of Public Outreach and director of Nasa Origins Education Forum Space Telescope Science Institute, in Baltimore, Maryland (2001-04).

He was also chief executive of the Auckland Observatory and Planetarium Trust (1999-2001).

Dr Griffin said he was ''honoured and excited'' to have been selected as the museum's next director.

''With its amazing, diverse and unique collections, the Otago Museum can play a key role in stimulating interest in our past,'' he said.

The museum could also ''inspire our visitors to address the challenges we face in the future''.

The appointment had resulted from a ''comprehensive recruitment process'' and the board had been ''delighted'' with the quality of the candidates available.

The board had been seeking someone with demonstrated leadership ability, who was highly regarded in the profession, with commercial acumen and proven experience in developing positive cultures in institutions.

Dr Griffin had a proven record and his academic and scientific background added significant value.

The board looked forward to further developing the museum's contribution in these areas, Mr Crombie said.

Appointing the new director was a key decision for the board and the most important he had faced since becoming board chairman about two years ago, he said.

Mr Crombie noted there had been significant public interest in the director role, including the remuneration package.

The board had the package assessed by an ''independent remuneration provider'' and an all-inclusive package of $250,000, including vehicle use, had been agreed. Mr Paul's salary package was $310,793.

The board had advertised internationally for a replacement, using a recruitment agency, receiving 46 applications from Dunedin, elsewhere in the country and abroad.

Mr Crombie said about $50,000 had been spent on the recruitment process.

The costs, which included advertising within New Zealand and abroad, were ''in line'' with, or cheaper than, costs required to obtain a chief executive for other organisations, he said.

Asked why the new museum head was being called ''director'' as opposed to the previous ''chief executive'', Mr Crombie said the change of name was ''simply a matter of convention'' and the underlying leadership role had remained the same.