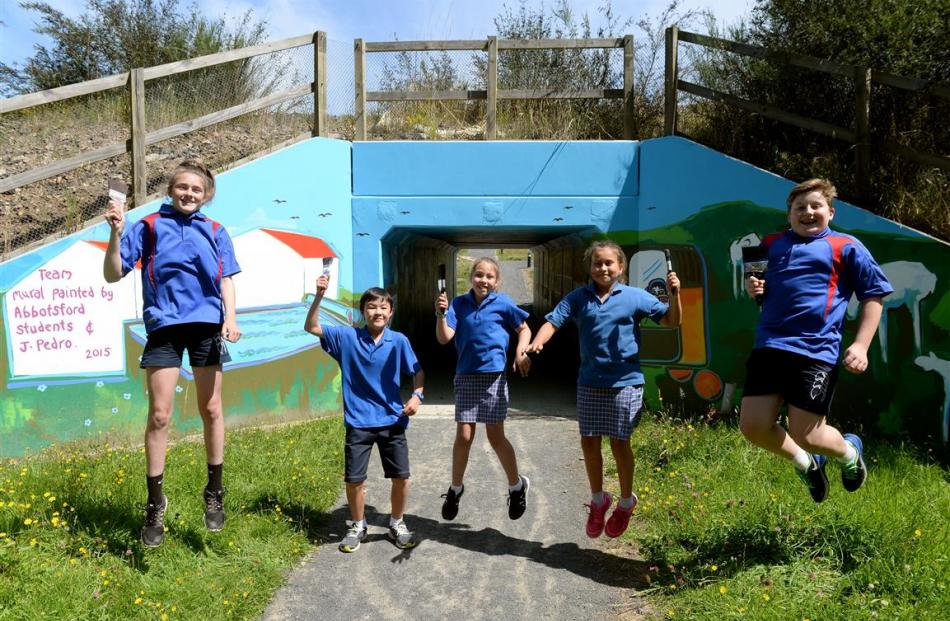 Abbotsford School pupils at the underpass between their school and Grand Vista Estate. Photo from ODT Files. 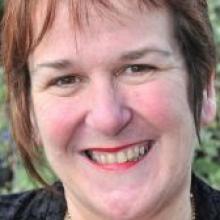 Stephanie Madden.
Abbotsford School is expecting to post its highest roll on record later this year, and principal Stephanie Madden is crediting the nearby railway underpass for the surge.

In 2013, an underpass was constructed, linking Abbotsford School to the new Grand Vista Estate on the other side of the main south railway line in Abbotsford.

At the time, the school was prompted to plan for unprecedented roll growth over the following decade.

Four years later, the forecast is coming to fruition.

Mrs Madden said an increasing number of pupils and staff were living at the estate and were using the underpass to get to school.

The shortcut meant pupils living at Grand Vista did not have to walk more than a kilometre along Severn St, to the railway overbridge near Main South Rd, and then back along North Taieri Rd to the school.

She said because the school was now so accessible to pupils living on the estate, parents were moving their families into the new subdivision and the school's roll had begun to grow significantly.

During the past five years, the roll had been steady in the 270s, but Mrs Madden said the school expected to finish this year with 299 pupils, significantly up from 272 at the end of last year.

"That will be the biggest we have ever been.

"We've had a bit of fluctuation in the roll, but certainly this year, we are seeing a significant increase.''

About 10% of the school's roll came from the Grand Vista Estate, Mrs Madden said.

Many of the families who had moved into the estate previously lived elsewhere in Abbotsford, which meant they were creating more spaces for other families to move into the area.

"Their movement [to Grand Vista] has opened up other housing in the Abbotsford area for families to move into.

"We've seen a number of families do that.''

Mrs Madden believed the roll would continue growing and it was expected the school would reach its roll cap of 310 pupils some time next year.

"We've had to start very carefully managing our out-of-zone enrolments this year.

"Once you get to 310, yes, you can get bigger if you like, but until all your children are basically from Abbotsford, you are not entitled to more ministry-funded building space.

"We still have too many out-of-zone children to get more Ministry of Education-funded classroom space.''

She said the school might look at funding its own building space, depending on the forecast roll growth over the next few years.

Mrs Madden was delighted with the roll growth.

"It's very exciting. It enables to consolidate what we're doing.

"We've been able to put in a lot of additional and new programmes at the school, because there's a healthy roll.

"The healthy roll helps us to provide our kids with the best possible opportunities.

"It's great for the Abbotsford area.''