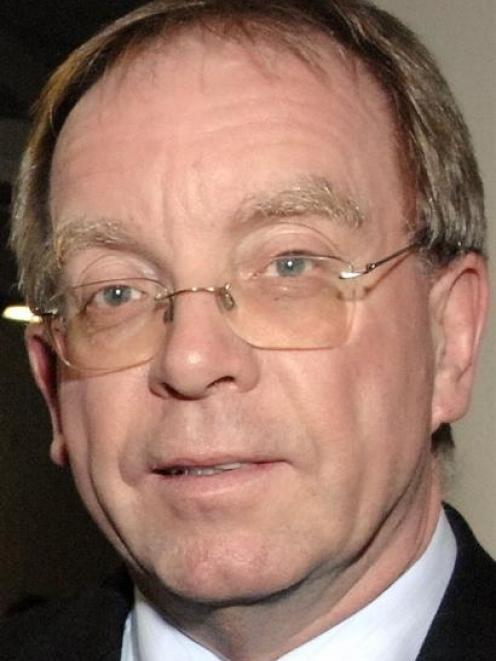 John Patrick.
The University of Otago faces an "uncertain" financial future in the face of declining student numbers and a reduction in research income.

Cutbacks in academic departments will be needed if income does not increase, the university council meeting was also told yesterday.

Chief operating officer John Patrick said falling income meant the operating budgets of academic departments this year had to be reduced for the first time "in some time".

The net operating budgets of the academic divisions was reduced by $2.6 million (1%).

Rather than making cutbacks now, academic departments instead elected to dip into money budgeted in previous years but not spent, taking $9.39 million from the university's "carry forward" balance.

This was $1.68 million more than it budgeted to take from the fund. The total "carry forward" balance was expected to be at $57.94 million by the end of the year.

Mr Patrick said this reliance on earlier savings was "concerning" and was only sustainable if income increased in future.

"If [income] does not increase, cost savings must be made eventually," he said.

The university's carry forward policy meant the university forecast it would not meet the Tertiary Education Commission's's target of having a operating surplus which exceeded a 3% return on revenue.

However, the university did not expect "a lot of negative feedback" from the TEC for not meeting the guideline for just one year, Mr Patrick said.

A major reason for the financial pressure was because of fewer students than expected this year, which came about largely due to an increased focus in on "quality" over quantity, he said.

This was compounded by an expected $1.063 million decrease in performance based research funding (PBRF), to $52.56 million this year.

According to the university's latest monthly financial review, the decline in PBRF funding is because of a small decline in the PBRF pool size and smaller increases in external funding for research compared to other universities.

To make matters more difficult, academic salaries were expected to be $2.6 million higher, at $191.2 million this year, than originally budgeted.

Financial services director Grant McKenzie said in the commentary of the 2012 budget review that the financial outlook for the university beyond this year was "uncertain".

"It is clear that maintaining an adequate level of operating surplus will continue to be a challenge in an environment that is likely to be characterised by very little significant growth in student numbers," he said.