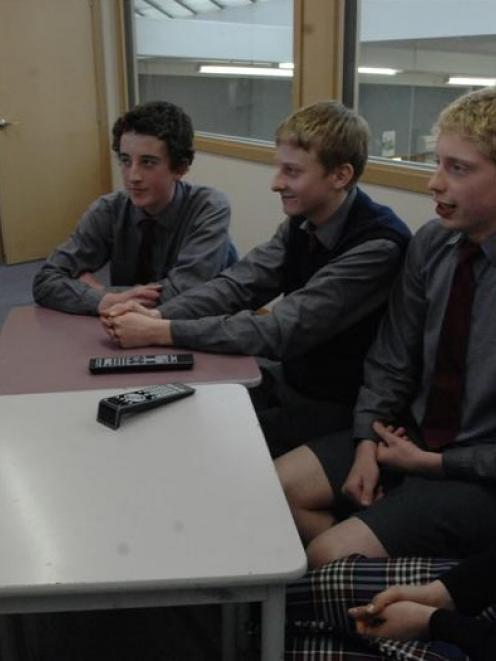 The network - titled DunedinNet - will allow senior pupils from Dunedin's 12 secondary schools to study subjects which have not been available in the past because of small class sizes.

Kavanagh College principal and DunedinNet e-principal Paul Ferris said each of the 12 schools would initially provide a teacher with expertise in a particular subject such as accounting, art history, art photography, classics, computing, electronics, French, German, Japanese or media studies.

From next February, classes of up to 10 pupils would be able to study the subjects from their own schools via a videoconferencing link with specialist teachers in the subjects.

"Dunedin is facing a population decline. Five years from now, when secondary schools get hit by the decline, this facility will be necessary. It's future-proofing.

"It's 21st-century learning. It can be done anywhere at any time."

Each school was given $10,000 by the Community Trust of Otago to go towards a plasma screen, a camera and Internet equipment worth about $15,000, he said.

The network was not the first to be established.

A similar network - OtagoNet - has already been set up for 13 of Otago's rural secondary and area schools.

Dunedin pupils would have first choice to study subjects offered on DunedinNet and extra spaces would then be offered to other networks such as OtagoNet.

"It can open opportunities for students to study a subject that isn't even offered yet."

If there was a teacher in another school outside Otago who was particularly good at teaching a complicated and technical aspect of a subject, schools could tap into the resource and go so far as to have that teacher educate Dunedin pupils using videoconferencing, he said.

Ultimately, the network would abolish the need for parents to shop around schools for course options, and would also help with school staffing.

"If I only had three senior pupils doing accounting, I could put them in the net class and use the teacher elsewhere in the school."

While some parents may be worried about how school reports or parent teacher interviews would be handled, Mr Ferris said it would all be done using DunedinNet.

"It's an opportunity for parents to engage with the technology as well."