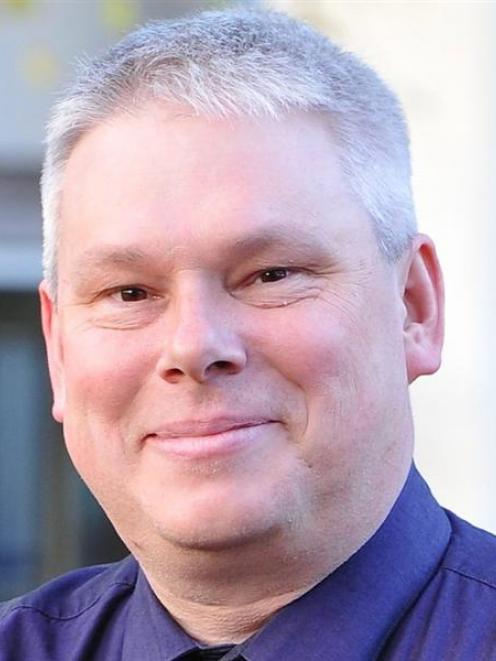 And he could have to remain apart from his wife for up to another six weeks.

He voiced some of his frustrations on his personal twitter feed yesterday and in an interview.

English-born Dr Griffin (47) said he had been married for 23 years and the previous longest time he had been separated from his wife, Maria, had been two weeks.

His son, Gus (15), has a visa and is already in Dunedin, but Dr Griffin's wife and a daughter, Merope (18), have been unable to join him in New Zealand because of delays in completing immigration requirements.

Dr Griffin was previously chief executive of the Oxford Trust in Oxford, England, a charitable trust which encourages ''the pursuit of science'' and related education.

He had a successful heart procedure in 2010, enjoyed good health, and cycled regularly.

He faced further costly medical test requirements - likely to cost several thousand dollars overall - before his other family members could gain the requisite visa clearance to join him in Dunedin.

He appreciated Immigration New Zealand had its job to do, it was ''very important that there are controls'', and also realised many people faced immigration-related difficulties in other countries.

He would, nevertheless, have appreciated receiving more information at an earlier stage about the possibilities of delays in gaining visa coverage for his family.

New Zealand was competing internationally for skilled immigrants, who were contributing usefully to the country's economy.

Anything that could be done to make immigration procedures as ''easy and straightforward'' as possible would also benefit the country.

A series of additional visa-related requirements ''doesn't necessarily send the signal'' to immigrants that ''you really want them in the country'', he said.

In response to ODT queries about issues involving delays and family separations, Immigration NZ area manager Michael Carley said non-New Zealanders coming here had to have an acceptable standard of health ''so as not to impose undue costs'' on the health system.

''Everyone who applies for a visa to live in New Zealand for more than 12 months must have a full medical and chest X-ray certificate,'' he said. Each application was considered on its merits.

The department needed to ensure it had all relevant information from applicants so that ''a fair and proper decision'' could be made, taking all circumstances into account.

''This process can take some time, as it's important with health issues that the New Zealand taxpayer does not become liable for excessive medical costs incurred by migrants,'' he said.