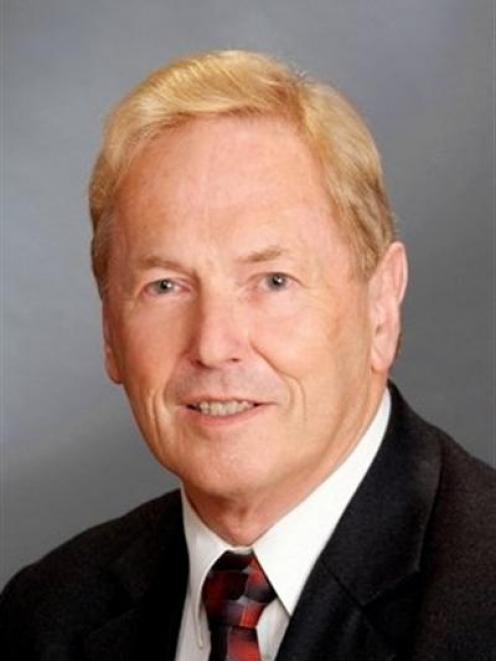 Richard Walls
Claims the Dunedin City Council is planning to cut core services to overcome a mountain of debt and help pay for the planned $188 million Otago Stadium have been called "deplorable" lies by Cr Richard Walls.

Stop the Stadium president Bev Butler said this week she had written to new Local Government Minister Rodney Hide, asking him to investigate the council's stadium funding and planned cuts to core services "as a consequence of its support for the stadium".

Her claims follow comments by DCC chief executive Jim Harland, who last week said a recent review of staff budgets included consideration of deferring some capital projects, such as the next stage of the Otago Settlers Museum upgrade, to save money.

However, he specifically ruled out cutting core services, saying staff did not have a mandate for "radical changes to service delivery".

Cr Walls - chairman of the council's finance and strategy committee - rejected Ms Butler's suggestions, saying the council had "never said such a thing".

He also criticised figures included in Ms Butler's letter to Mr Hide, which claimed ratepayers were to be "saddled" with total debt rising to $663.255 million by 2011.

A council guarantee to underwrite $304.1 million in debts held by Dunedin City Holdings Ltd would increase the total debt burden faced by ratepayers to $663.255 million, she said.

As well, more debt would be "piled on" if the stadium project proceeded "in what is probably the worst economic climate since the Great Depression," Ms Butler said.

"We do not think you will find a more outrageous example of local body financial irresponsibility anywhere else in New Zealand," the letter read.

However, Cr Walls rejected the calculations, saying DCHL debts rested with the individual companies - known as council-controlled organisations (CCOs) - not council, and were secured against each company's assets.

Including individual CCO debts as a council debt was "taking a long bow" to the figures, and Ms Butler's calculations appeared "confused", Cr Walls said.

There was no formal underwriting agreement between the DCC and DCHL and, in the "unlikely event" a CCO failed, assets worth "far in excess" of their loans could be sold to cover debts, he said.

"In the unlikely event any of them fail and they didn't get 1c for their assets, then there may be a liability on council.

"If we got to that stage, the whole of New Zealand would be broke, that's how extreme it is," Cr Walls said.

Once confirmed, loans were used to spread the cost over each generation of users, known as "inter-generational equity", he said.

The council had a "very good record" of not needing to raise as much money as projected for its programmes, and its debt management was found to be "outstanding" by credit ratings company Standard & Poor's, which completed an assessment last year, he said.

Detailed breakdowns of council finances were presented at each month's finance and strategy committee meetings, and were available to the public, he said.

"I have no problem with people debating the merits of projects or anything that council does and coming up with alternatives . . . but the way they are being used in this context is mischievous and, I think, a slur on the ability of council to manage its debt, which it does very well," Cr Walls said.

Contacted late yesterday, Ms Butler defended her letter, arguing any decision to defer certain planned capital works projects could amount to a cut in core services, and arguing DCHL loans were "still debt that the city has and that the ratepayers are responsible for".