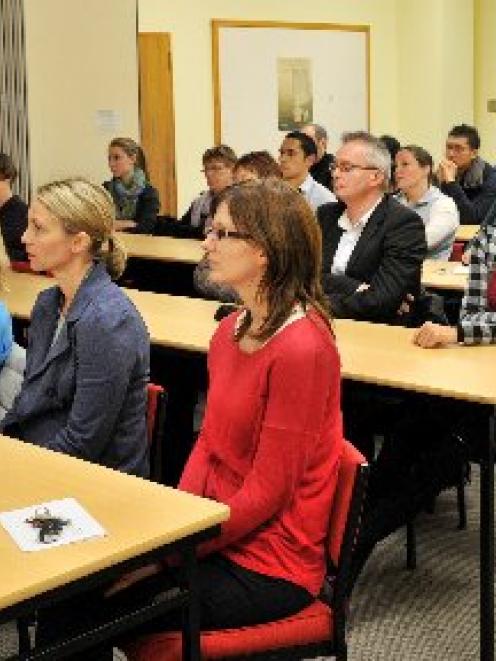 Greater awareness and more voluntary protective planning are needed to counter norovirus contamination of water supplies. Photo by Linda Robertson.
A norovirus outbreak at Cardrona township last year has highlighted some shortcomings in the law protecting drinking water supplies, particularly in small population centres that host many visitors in the tourist season.

Public Health South public health registrar Dr Susan Jack, who produced a report on the outbreak, made that point yesterday during a wide-ranging talk at the University of Otago.

Dr Jack, who has a PhD from Otago University, was addressing about 30 people in the latest in a series of public health talks hosted by the university's preventive and social medicine department. Her talk focused on ''Environmental considerations of a norovirus outbreak'' and she discussed her concerns further in an interview.

An official report prepared by Dr Jack noted that 53 cases of acute gastroenteritis at the Cardrona township last year had been associated with consuming food or water at a hotel, at a resort or from houses on the same water supplies at the township.

Some Australian tourists were among those affected.

Norovirus was detected in water supplies at the hotel and resort, and was also found in the Cardrona River.

Dr Jack said that in 2013 it was unacceptable to have ''these sorts of outbreaks where we've got norovirus coming out of drinking water''.

She noted that community water supplies for relatively small groups of people had been largely unregulated until the advent of the Health (Drinking Water) Amendment Act 2007.

This required each water supply serving more than 500 people to have a public health risk management plan that identified and managed potential risks to the water supply.

Even after the regulations took effect, small or neighbourhood supplies did not have to have such a plan.

Dr Jack said the outbreak at Cardrona township in August-September last year illustrated the problems that could arise when an area with only a small permanent population hosted much larger numbers of visitors during the tourist season.

If a norovirus outbreak occurred in a relatively lightly regulated area with small-scale water supplies, damage could be done to the visitor reputation of the area.

Dr Jack urged people responsible for managing small-scale water supplies, including at hotels and resorts, to voluntarily develop public health risk management plans for their water supplies, even if they were not at this stage required by law to do so.

This would bring significant benefits for the people operating the water supplies and also protect the area's tourist reputation.

Norovirus was the most commonly identified cause of gastroenteritis outbreaks in New Zealand.

And it was well known internationally that waterborne norovirus outbreaks could be caused by ''inadequately treated human wastewater contaminating drinking supplies''.