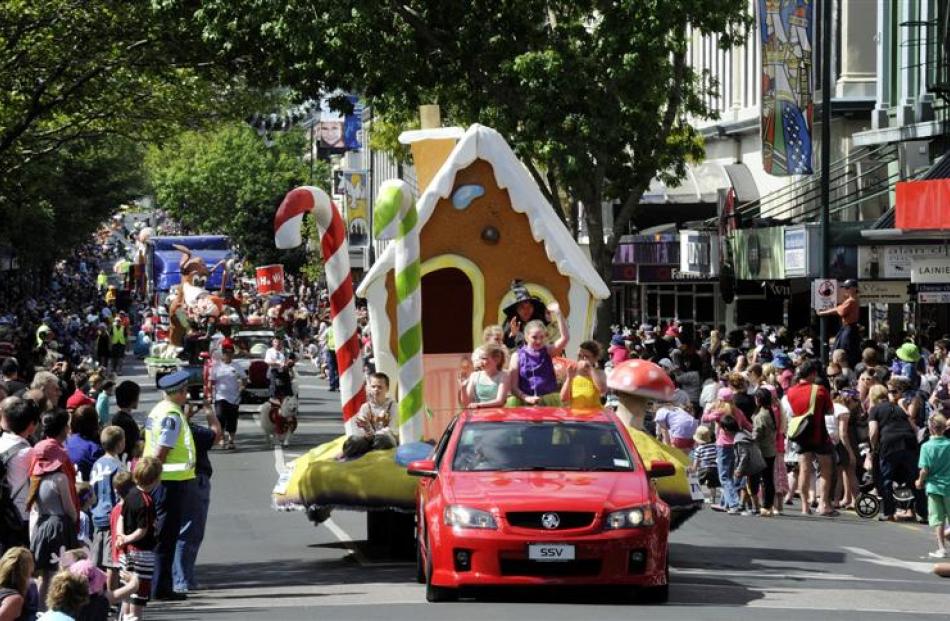 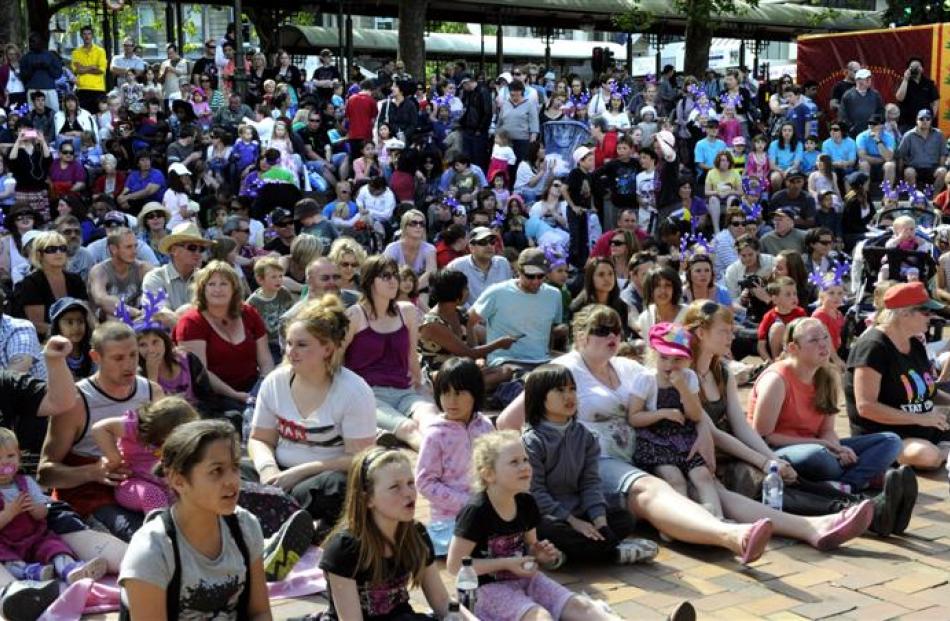 Some of the estimated 40,000 crowd fill the Octagon after the parade for carol singing. 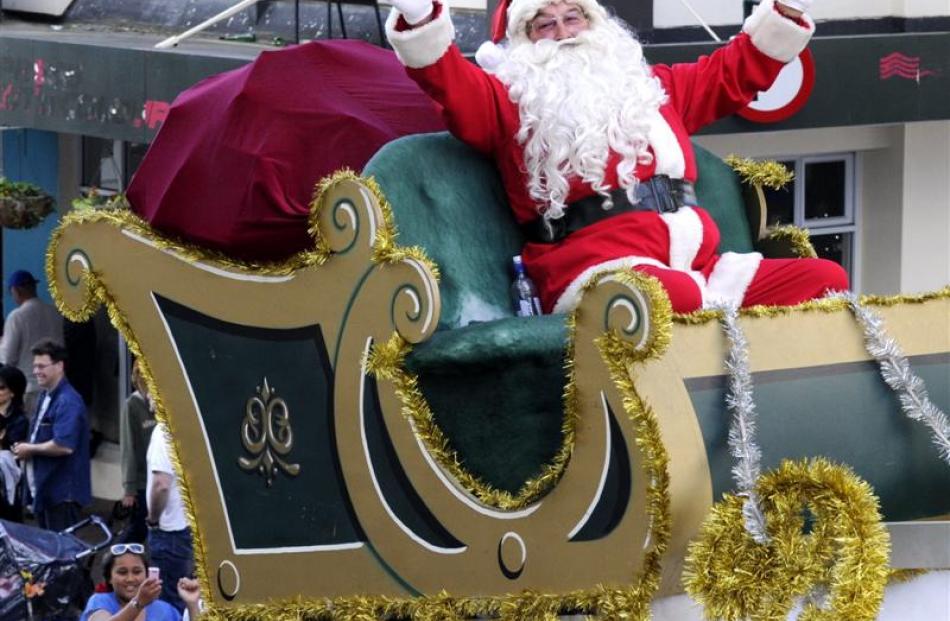 The star of the show. Photos by Gerard O'Brien.

He might have come from pole position, but Santa Claus was a bit slow out of the blocks at the annual Dunedin Santa Parade yesterday.

A record crowd, estimated by organisers at about 40,000 people, delayed by 15 minutes the start of the parade along George and Princes Sts.

The 70 floats were as imaginative as ever at the 14th annual parade, with everything from Barbie, Cinderella and the Flintstones to Egyptian mummies and giant robots making an appearance.

Snoopy and the Red Baron had a dogfight down George St, while Snoopy's Christmas played, shadowed by a giant Buzzy Bee.

The Fire Service brought out the old Dunedin Metropolitan Fire Board's antique No 16 and No 23 engines for the day.

Nicholas Tucker (6), of Dunedin, piloted a rocket ship in the parade.

"That was great fun. The best bit was waving to everybody," he said, when his ship had landed.

Dunedin City Council events team leader Marilyn Anderson estimated there were "in excess of 38,000 people" at the parade.

"It's arguably our biggest event on the calendar and it went brilliantly. They were lined three or four deep from the Octagon all the way down to the Regent BP in George St, where the parade started."

Dunedin Santa Parade Trust chairman Dean Driver said it was the most popular parade yet.

"We had a couple of flat tyres but, apart from that, it was a fantastic day; just phenomenal. We woke up to clear blue skies and the parade couldn't have gone any better," he said yesterday.

"We had a bit of a delay at the start, as there were so many people that the police asked us to hold it back for safety reasons. We get more and more people every year and this would have to be our biggest one yet. It would have to be nudging 40,000.

"The concentration of people was bigger and longer than previous years. Cadbury gave out 10,000 sets of antlers to children and they ran out three-quarters of the way through."

Mr Driver was at a loss to explain why Santa's sleigh had only six reindeer.

"Ah, that was probably why we had the hold-up at the start," he said.