'Within 10 minutes, she was pretty much gone' 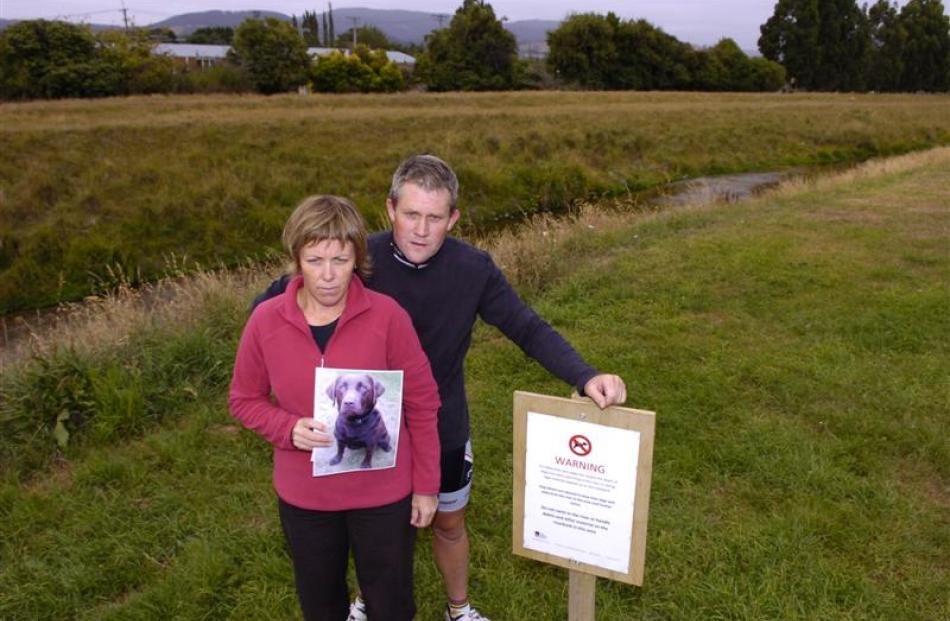 Melanie Porteous and Gary Gardiner with a photo of their Labrador Cedar, believed to have died last week after swallowing toxic algae from the Silver Stream at Mosgiel. Photo by Jane Dawber. 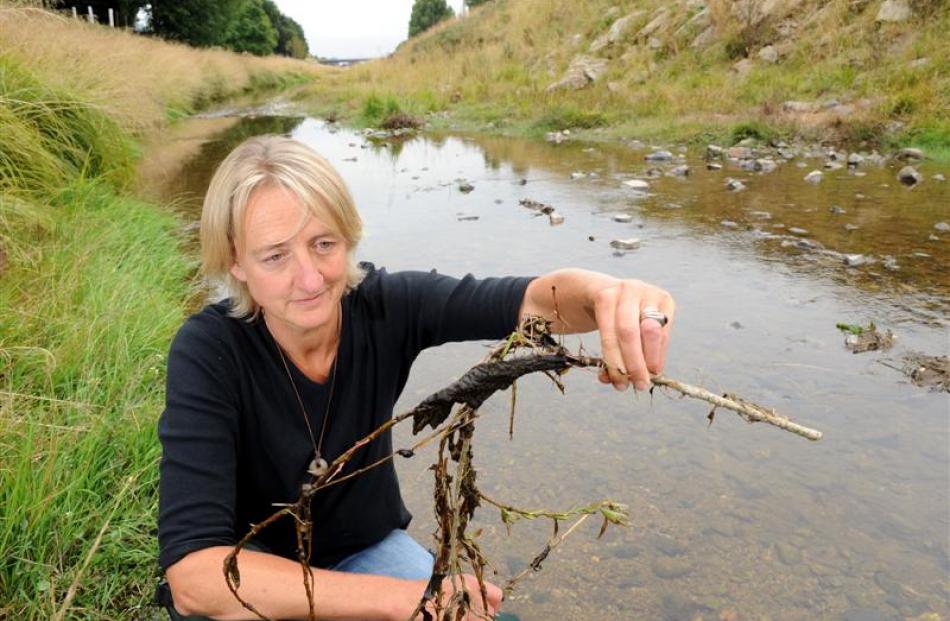 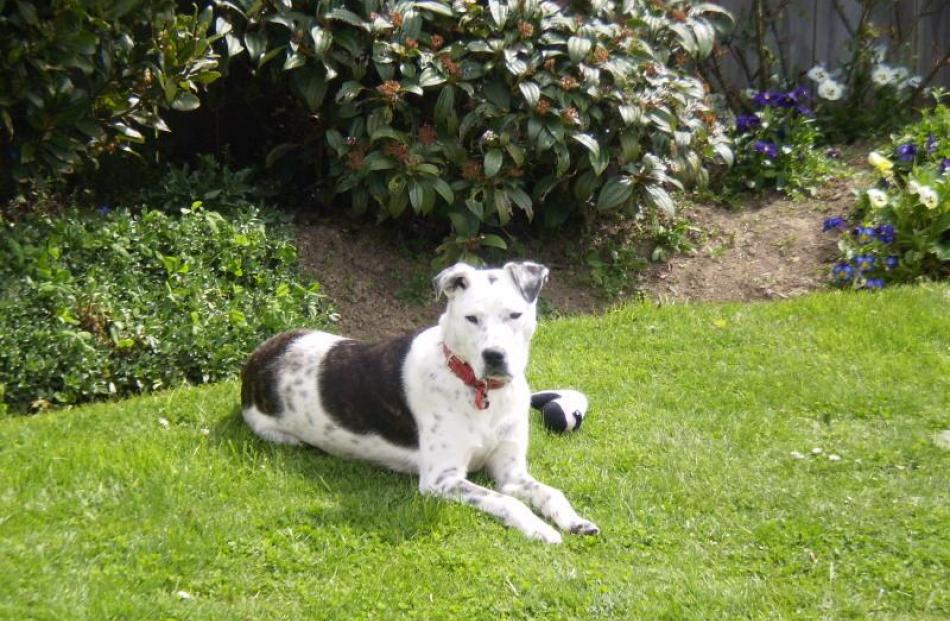 The Mosgiel owners of two dogs yesterday spoke about their last walks along the Silver Stream with their pets, outings that proved fatal for the canines.

Cedar, a 16-month-old Labrador, and Sasha, a 14-month-old bull mastiff cross, are believed to have died after swallowing the toxic cyanobacterial algae Phormidium.

The Otago Regional Council is warning people to stay out of the stream between the Three Mile Hill bridge and the stream's confluence with the Taieri River.

Council director of environmental information and science Dr John Threlfall last night said that although tests on the contents of the dogs' stomachs would not be analysed by the Cawthron Institute, in Nelson, for another 12 days, the dogs' symptoms were consistent with exposure to the Phormidium neurotoxin.

"We are not ruling out other sources because you can't . . . but our suggestion to stay clear of the river would hold irrespective of what those dogs died of."

Early last week, Melanie Porteous took Cedar for her regular nightly walk and, as usual, the dog headed for the water.

After the walk, Ms Porteous drove home but Cedar was unable to get up, so she took her to the vet.

"By that time, she was frothing at the mouth and within 10 minutes she was pretty much gone.

"Cedar was such a lovely dog; caring, with a lovely nature."

Ms Porteous and partner Gary Gardiner regularly walked their dog along the edge of the stream and she often played with the other dog who had died.

Jodie Aitcheson said she had taken her dog, Sasha, for a walk along the banks of the stream on Monday night and Sasha had played in the water, chasing a stick.

Sasha started howling as Ms Aitcheson put her in the car to go to the vet's surgery, where the dog died soon afterwards.

Mosgiel vet Donald Murray said it was only when Ms Aitcheson's dog died on Monday that he realised the similarities between that and an earlier case.

"The only thing they had in common though was the Silver Stream and they'd died within 30 minutes of being in the water," Mr Murray said.

The algae contained a neurotoxin and dogs affected would have muscle tremors, increased heart rate and would collapse and die suddenly.

"There is nothing you can do," Mr Murray said.

Dr Threlfall said the algae would continue to present a risk until the next "fresh" came through.

The council was unable to check all waterways, he said.

"At this time of year, it's likely to be in rivers in a variety of places . . . you have to assume it's there," Dr Threlfall said.