Yay! The Pixies are back in Town 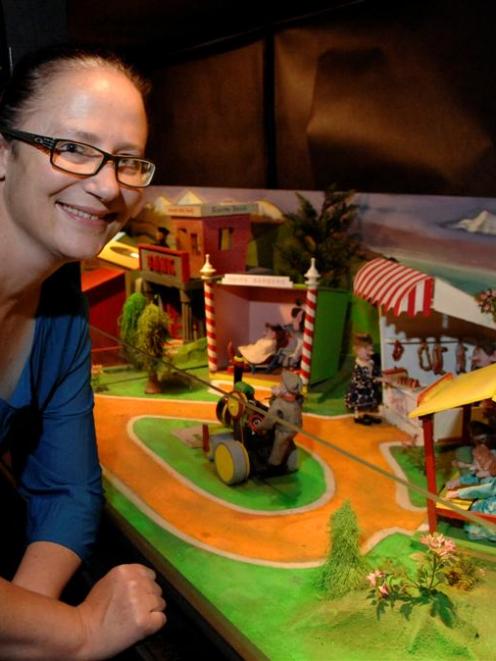 Otago Settlers Museum educator Sara Sinclair takes a closer look at one of her favourite Pixie Town exhibits. The steam engine (pictured centre) is being used to press a pair of trousers. Photo by Linda Robertson.
The Otago Settlers Museum's popular end-of-year Pixie Town show reopens to the public at 10am today, with its usual season extended by a week until January 16.

The show is situated near the foyer of the museum's NZR bus station building, which also reopens today.

The museum has been closed to the public for more than two months because of extensive work on its $35 million redevelopment project, which is due to be completed in late 2012.

Museum organisers say the bus station foyer area will feature various displays and attractions and remain open until the redevelopment is completed, although much of the overall museum complex will be closed in the interim.

Museum director Linda Wigley said Pixie Town was a hit with people of all ages.

Among the free exhibition's quirkier attractions is a small shop, bearing the sign "Grouser's Mixed Business". Another sign announces: "No credit. No civility."

The Pixie Town exhibition is open to the public this weekend and next weekend, from 10am to noon and 1pm to 4pm each day, and is also open, at the same hours, from Saturday, December 18 until Friday, December 24, but is closed on Christmas Day.

The show reopens on December 26 and runs from 1pm-4pm every day until January 16.