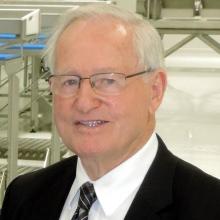 Jim Bolger
More high-profile political figures are getting behind the idea of a National-Green government, including a former Greens co-leader.

As the country waits for negotiations on a new government to begin, the public debate about a blue-green coalition continues to rage on.

Former National Prime Minister Jim Bolger is the latest to urge the Greens to consider talks with National.

Mr Bolger, who led negotiations with NZ First in 1996, told TVNZ that the Greens had a responsibility to negotiate with National if they wanted to advance their goal of a clean, green New Zealand.

"If they’re in the political mix and campaigned to have an influence on the Government, then they should as another small party talk to both sides."

Mr Bolger said most New Zealanders shared the Green Party’s goals of a cleaner, greener New Zealand and National could be persuaded to move closer to its position on climate change and cleaning up rivers.

Until now, the people urging Greens to consider talks with National have come from outside the party.

That includes senior National ministers who have floated the idea of a National-Green coalition in a bid to strengthen their hand in talks with NZ First leader Winston Peters.

But a former Green MP, Nandor Tanczos, has joined the crowd saying that a coalition with National should be an option – but only in future elections. 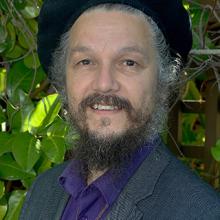 Nandor Tanczos
He said it would be "political suicide" to go with National this year because it would be a betrayal of Green voters who were told this would not occur. It was also practically impossible because of the party’s requirement for any coalition deal to be backed  in a vote by 75% of members.

But unless the party opened the door to National in future elections it would "continue to play out the dynamic of this election over and over", Mr Tanczos said.

Green Party leader James Shaw has not ruled out talking to National about forming a Government, but has said that his party campaigned on changing the Government and many of National’s policies were "incongruous" with Green values.

Green MPs last week said the party would not stomach a coalition with a party which had spent the past nine years expanding oil exploration, increasing the agricultural footprint and building more roads.

There are some areas where National and Greens broadly have common goals, in particular on water quality, protecting biodiversity, and reducing greenhouse gas emissions.

It is the pace and method for achieving these goals where they differ — something National insiders say could be changed in any  National-Green talks.

Common ground
In National and Greens

Biodiversity/pest control: National have set a goal of ridding NZ of pests by 2050, and could be open to the Greens’ policy of doubling funding for Department of the Conservation rangers.

Climate change:  The two parties fundamentally disagree on whether farmers should be accountable for their emissions. But National could be persuaded to lift its emissions target.

Water quality:  National could be persuaded to act faster on cleaning up New Zealand’s rivers, or increase the number of rivers which will be cleaned up.

Public transport: National is increasingly under pressure to fix Auckland’s transport woes, and could agree to Green policies like bringing forward rail from the CBD to the airport.

So much for democracy - or the aims of MMP even. Since when should the composition of our government be the result of pressure from former politicians and not the will of the people? It's bad enough having Winston Peters in the driving seat, without others, who haven't been voted in, chipping in with their 5c worth. It makes such a mockery of an election that this is what it comes down to.

Country Party!
~Everyman and his dog out on the Far Right.