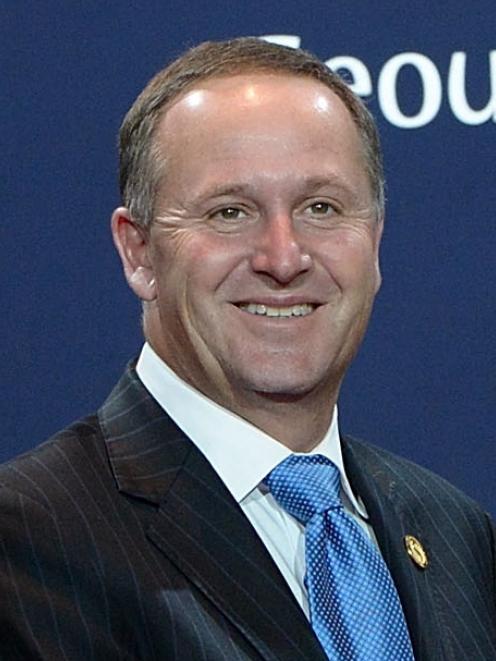 Last night at a dinner at Mr Landau's home which Mr Key said was attended by the "glitterazi of the movie making industry in Hollywood" Mr Dodd raised the Dotcom Megaupload issue, "in passing".

"He just essentially noted that the case was ongoing in New Zealand, and I just confirmed that and said yes. He didn't dwell on that."

A bid by US authorities to extradite Mr Dotcom from New Zealand to face movie piracy and racketeering charges is currrently mired in legal wrangling compounded by a domestic spying scandal.

Mr Key also confirmed that studio heads present, including the heads of Fox, Disney Warner Brothers, Universal, Sony and MGM studios, also "talked a bit about intellectual property, but really more in the context of TPP (Trans Pacific Partnership) and those negotiations".

Mr Key said while the studio heads didn't know exactly what was being discussed in talks to establish the 11 country trade agreement, "they're certainly aware that it's a significant chapter in the TPP and they certainly made us aware it's an important issue to them".

Mr Key said Mr Landau and Mr Cameron both spoke about the benefits and merits of making films in New Zealand during the dinner and a short video presentation from Hobbit director Sir Peter Jackson was also shown.

"From our perspective it was very successful because it gave us a chance to present credible reasons about why New Zealand's a good place to make movies and television," Mr Key said.

- By Adam Bennett of the New Zealand Herald