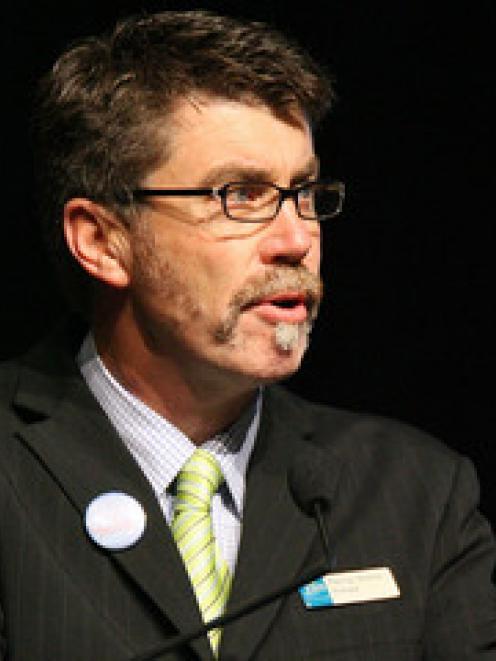 Elim Christian College principal Murray Burton
The man who guided an Auckland school through the aftermath of a canyoning disaster that claimed the lives of a teacher and six students says he is overwhelmed at getting official recognition.

But Elim Christian College principal Murray Burton also said he accepted his appointment as a Member of the New Zealand Order of Merit today, for services to the community, with a bit of reluctance.

He said he didn't want to deflect attention from the focus of the tragedy at Mangatepopo Gorge in April 2008, which was the seven families of those who died.

"It is an honour to receive it and I'm pretty overwhelmed by it, really," he said.

"I hope it continues to remind this country about the tragedy we went though, the things we can learn and how we can grow through it."

Teacher Anthony McClean, 29, and student Anthony Mulder, 16, who both died while trying to save others in the gorge in the centre North Island, have each been awarded the New Zealand Bravery Star.

The two, who were part of an 11-strong school group trapped by rising water, were paired with weaker swimmers but all four failed to make it out.

"I know they would have given it everything to survive and to bring others to safety, but it was not to be," he said.

"It doesn't alter anything, it doesn't bring them back, but it is certainly, I think, a very special occasion for their families."

Mr Burton's citation said he received considerable public praise for his management and leadership in the wake of the tragedy, in particular the way he cared for the students and parents immediately involved.

He waited at the college for news from the search and rescue effort, comforted staff members, relayed facts of the tragedy clearly and openly to the media and continued to support those affected.

The citation added that he showed an openness and forgiveness that influenced the way others dealt with the tragedy and eliminated many of the negative outcomes.

Mr Burton said the school had grown through the experience, as he had himself.

"It's certainly the most difficult thing a principal or a person has to go through because there's no way to prepare for something like that," he said.

"I learnt fairly early that I was just one cog in the chain and I learnt that it's a real privilege to be alongside people, hold their hand and just walk the journey with them."