An ex-Air Force sergeant found guilty of 20 counts of sexual offending against five girls has been jailed for 13 years.

Robert Richard Roper, 69, went on trial at Auckland District Court in November and was convicted of 20 charges stemming back to the 1970s and 1980s when he worked at the Royal New Zealand Air Force base in Hobsonville in the transport division.

Roper's offending came to light only at the end of 2012 - 23 years after leaving the Air Force - when the first victim came forward saying he began abusing her at the age of 6, progressing to rape as regularly as once a week from the age of 11.

By May 2013, police charged him, as other women gradually approached police with similar statements.

One victim told the court about a night when Roper offered her a lift home.

He kissed and groped her as soon as they were in the car, before driving her to an area known as "the bombing range" at the base.

Roper reclined her seat and locked the doors as she tried to escape.

He bound her hands with the seatbelt and raped her, the court heard.

One of the victims who read her statement in court today said because of the horrific abuse she had never lived, only survived.

"Since the age of six I've lived in fear, humiliation and hopelessness," she said.

The woman also highlighted the man's lack of remorse, on which Judge Brooke Gibson also commented.

Another victim said she had spent her childhood living in fear but confronting her abuser at court meant she was no longer scared.

Judge Brooke Gibson said if the offending had happened after 1993 - when the law changed - Roper would have been looking at up to 20 years in jail.

But the maximum penalty he could impose was 14 years, which was where he started before deducting a year for the defendant's old age.

The judge said it was "among the most serious of cases" involving "repeated indignities and degradations".

The officer in charge of the case Detective Bryony Brown said that since Roper's name was published at the start of trial, other women had been referred to police.

"I'm not willing to go into numbers at this stage but what I will say is that we encourage anyone who has been a victim of sexual offending to talk to us," she said. 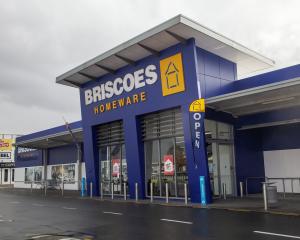