New Zealand fighter pilot Warren Schrader, who commanded the only Royal Air Force squadron to fly jets in combat in World War 2, died on Friday in Whangaparaoa, north of Auckland, at the age of 87.

Schrader, who took over 616 (Meteor) Squadron in the last days of the war, flew only six operational flights in the jets before Germany surrendered but continued to lead the unit until the end of October 1945, a month after it returned to England from Europe.

He ended the war as a Squadron Leader with a Distinguished Flying Cross (DFC) and bar.

In an interview with New Zealand Aviation News in September, Schrader remembered that he was posted to command 616 Squadron at the beginning of May 1945 after leading 486 (NZ) Squadron, on Tempests, the previous month.

"I had shot down an Me109 Messerschmitt in the early morning with 486 and was refuelling and rearming at our base in Fassberg, Germany when the Air Officer Commanding told me it was essential that a Meteor should shoot down a German aircraft, preferably an Me 262 jet fighter, for political reasons. That's how I got on to Meteors."

Schrader had destroyed 9-1/2 German aircraft in aerial combat in his month with 486 Squadron, a huge tally in such a short time, and was probably chosen on that account.

He didn't manage to achieve an air "kill with 616 Squadron, also based at Fassberg, but destroyed several aircraft on the ground.

Schrader had no time for a conversion course to learn how to fly jets. He more or less jumped from a Tempest into the cockpit of a Meteor, went solo and then immediately began "ops". He flew two sorties on May 2, three the next day and one the day after before combat flying was suspended.

Warren Edward Schrader was born in Wellington on March 27, 1921. He joined the RNZAF a few days before his 20th birthday, learned to fly at Wigram and then underwent further training in Canada.

He flew with 165 Squadron on Spitfires in the summer of 1942, taking part in sweeps and patrols before flying air cover for the ill-fated Dieppe operation on August 19.

Soon after, Schrader was posted to Malta with 1435 Squadron which was involved with ground attacks and shipping strikes in the Mediterranean area. He later flew with the Squadron from Sicily and Italy and was credited with two Me109s, shot down in the same dog fight.

Schrader instructed in Egypt for six months before returning to England in early 1945 and a transfer to 486 Squadron.

He was promoted squadron leader and given command of the New Zealanders when the previous CO was shot down and killed, and led it successfully until his posting to the Meteors.

With his 2-1/2 German aircraft destroyed in the air in the Mediterranean and his 9-1/2 in Europe , Schrader tallied a total of 12 confirmed kills.

"One of the things I'm proud of," he told Aviation News, "is that there were no probables and no damageds."

His first DFC was awarded for his service in Malta, the second for his time with 486.

Schrader was promoted Wing Commander and left the Meteor squadron to command a three-squadron wing of Mustangs based at Hornchurch, outside London, before a stint at the Central Flying School.

He could have had a career in the post-war RAF but returned to New Zealand in mid 1946 and joined National Airways Corporation, forerunner to Air New Zealand.

He flew Lodestars, DC3s, Viscounts, Friendships and Boeing 737s before retiring as the airline's chief pilot in 1976.

He is survived by his wife and two sons and their families. An older brother, Gordon, a bomber pilot who joined the RAF pre-war, was a wing commander at the time of his death in a motor vehicle accident in India in 1943. 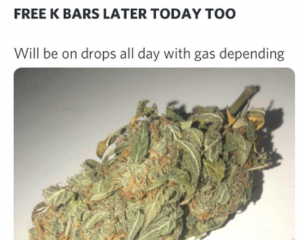