Saved by late arrival, miner 'could have easily been blown to bits' 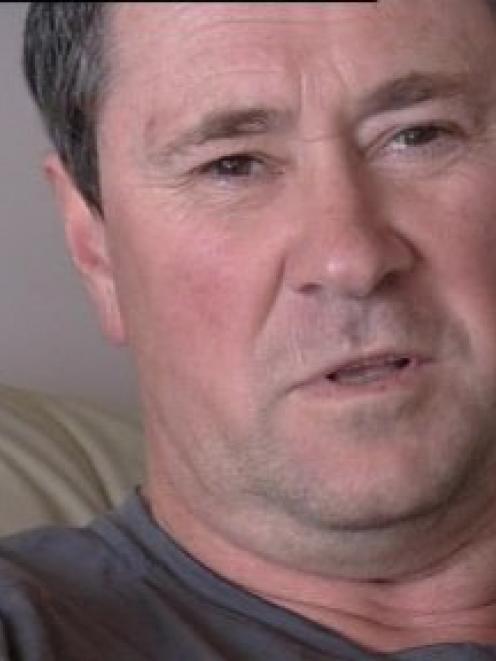 Russell Smith. Photo by 3 News.
The 50-year-old coal-cutter who missed the bus to work says he is "very lucky" to have survived the explosion which trapped 29 of his workmates underground at the Pike River Coal mine.

Russell Smith was an hour late for work and was driving a loader into the mine on Friday when the explosion hit.

"Because I wasn't as far up, the explosion wasn't that bad for me. [It] just bowled me over and knocked me unconscious and somebody dragged me 300m, pulled me around, and the two of us held each other to get out of the mine," he told 3 News last night.

"[I] could have easily been blown to bits."

He said he saw a "flash" in front of him, then the blast hit him repeatedly.

"And my hat, belt, [it's] supposed to be hard to pull them off but everything was torn off me.

"[I] tried to get to my self-rescue [kit], but it was jammed that tight in the seat you can't get it out. And I remember struggling for breath.

"I thought at the time it was gas, but ... it was dust, stone-dust - I just couldn't breathe. And that's the last I remember," he said.

Mr Smith said "somebody" - who turned out to be his 24-year-old workmate Daniel Rockhouse - found him about 15 minutes later, unconscious and 15m or so from the loader.

"I thought I must have climbed out, but they were under the impression that I got blown out."

The pair then took at least an hour to find their way out.

"A lot of mines you actually go down the mines, but here you walk up, so we were just walking up ... not too sure how long it took us, but it must have been an hour or an hour and a-half.

He was treated in hospital for minor injuries and released, escaping with just a few grazes on his back and head.

Mr Smith said everyone was wondering how the trapped miners were doing.

"There's a lot of young guys down there. A lot of people waiting.

"Whether they're still alive or dead or ... in an air pocket, you just don't know, because we're not too sure where the explosion was."

"He missed the bus and drove the car to work and he's got a lucky streak, because if he was on the bus he would be with the other miners now," Mrs Smith told The Press newspaper.