'What we fought for': Pike River families hopeful after robot recovered 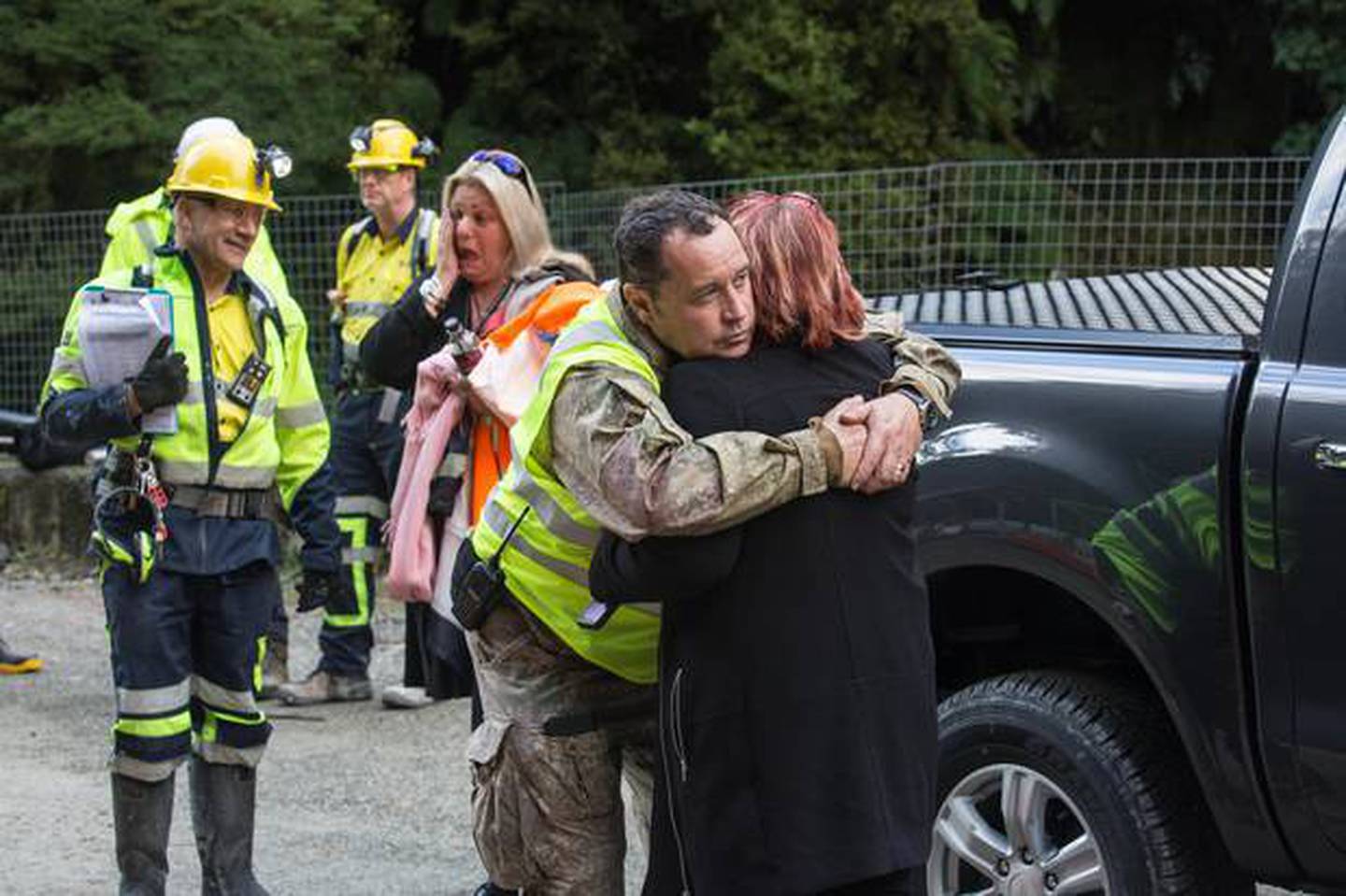 Anna Osborne, whose husband Milton died in the mine explosion, hugs a Pike River Recovery Agency member after they broke through the seal into the drift last year. Photo: Supplied via NZ Herald
Pike River family members say the recovery of a military robot lost in the days after the devastating explosion brings them an inch closer to the truth of what happened.

Lost in the drift just five days after the mine exploded, the second robot was recovered by the re-entry team today.

Anna Osborne, whose husband Milton died in the 2010 explosion, said the recovery was proof that the re-entry was working.

"The last time this robot saw the light of day we were being told by the mine management that our men would still be alive down there eating their crib.

"It was the start of years of lies that are finally being put to rest by this recovery."

"For years we were told that the drift was too dangerous to enter. This shows that we can get in and we can get evidence out."

For Rowdy Durbridge, whose son was among the 29 miners killed, the recovery team's efforts sought justice for the dead. 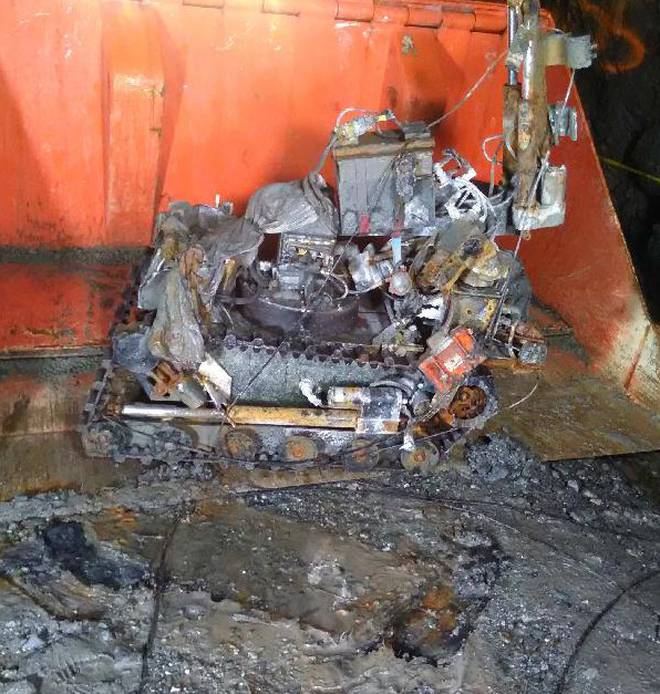 The robot was lost in the drift after the mine exploded. Photo: Supplied via NZ Herald
"We've all known for years that we could get into the drift safely, but now to see these boys getting the job done, it makes me proud we stuck to our guns."

On Wednesday, Andrew Little, the Minister in charge of the Pike River Mine recovery effort, said it was "just impractical" to expect the remains of any of the fallen miners to be recovered.

Instead, the re-entry efforts were now essentially solely focused on gathering evidence in the "homicide of 29 men," he told a select committee.

Little also revealed that there would be no further funding for re-entry, the cost of which had more than doubled since its inception.

Re-entry originally had a $23 million budget but the Government has already spent roughly $35 million and that could reach as high as $50 million.

But that, according to Little, is the absolute funding limit.

"There is always a limit to these things – I have no plan or intention of returning to Cabinet for any further additional resources."

He likened the recovery efforts to a police homicide investigation – "which is effectively what this is".

National later accused the parties that make up the Government of "politicising" the Pike River tragedy and building false hope among the families who lost loved ones.

Re-entering the mine and recovering the bodies of those lost in the explosion had been one of Labour's promises on the campaign trail in 2017, she said.

In a pre-election speech, Little, then the Labour leader, promised: "to do everything practicably possible to re-enter the drift to recover any remains, and to better understand the cause or causes of the original explosion".

In a subsequent press release, Jacinda Ardern said: "Re-entering the drift will mean we can recover some of the men, and evidence of the cause of the explosions".

Collins said Little's admission yesterday that there was little chance of human remains being recovered backtracked on his original promise.

"Labour, the Greens, and New Zealand First politicised the tragedy that unfolded at Pike River, building false hope among the families," she said.

"Unsurprisingly, they have now admitted they aren't going to be able to deliver on their promise."

Little later stated that the Government had always said there was a "low probability of recovering remains".

But for Sonya Rockhouse, whose son was killed in the explosion, today was a milestone.

"This is what we fought for, it's the chance to get to the truth of what killed the men and boys we loved and hopefully to hold someone accountable for it."