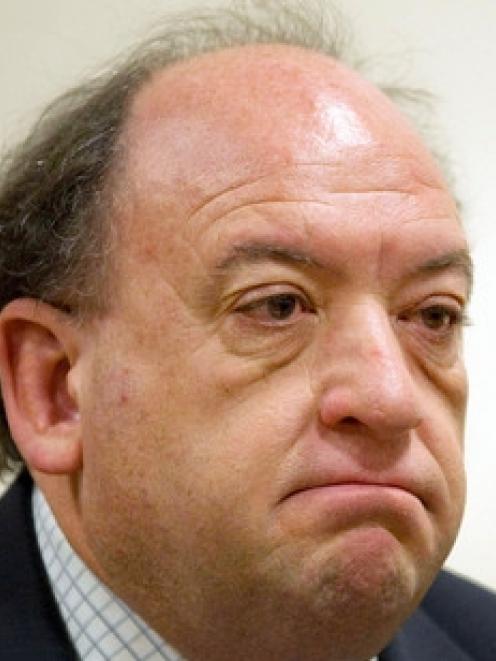 Peter Whittall.
Prime Minister John Key says the case against former Pike River Coal boss Peter Whittall could have been costly and heartbreaking, and compensation for the families is the best outcome.

His comments this morning come after all 12 charges against Mr Whittall were dropped last week.

The charges had been brought by the Ministry of Business, Innovation and Employment (MBIE) following the 2010 mine disaster in which 29 men died.

Mr Key told Newstalk ZB the MBIE was totally independent of the Government.

"And if the Government started getting involved, it would be like a police state. But as I understand it, the regulator - and that was confirmed by the judge on the day - just didn't believe that they would actually get a successful prosecution.

"So if they'd gone through all that process, spent millions and millions of dollars and then broken the hearts of the families by not getting a conviction in the end, I'm not sure that would have been satisfactory."

Last week, families of the Pike River victims and two survivors learned they would receive $110,000 each in compensation, to be paid from the $3.41 million set aside for Mr Whittall's defence.

"So in the end, at least there's financial compensation now being paid to the families. And unfortunately, as it's currently structured, that's the best we can do," Mr Key said.

A lot had happened since the Pike River disaster, including a "massive rewrite" of health and safety workplace legislation, he said.

The Government was also introducing a new law next year that would make company directors and employers potentially liable, with penalties including imprisonment.

Last week, the man who brought a private prosecution against Act Party leader John Banks said he intended to file a single representative charge of manslaughter against Mr Whittall, and he was seeking public donations towards the $1000 filing fee for bringing the private prosecution, the main platform for which would be the failure to check for gas levels in the mine.

Graham McCready told Radio New Zealand this morning he now plans to file a single representative charge with one named victim, which will cost $30.

He will consider the victims' families before filing the court papers.

"I don't really have to have their permission but it really needs their cooperation, and I simply don't want to add to the misery by picking somebody that in fact doesn't want to be named at all."