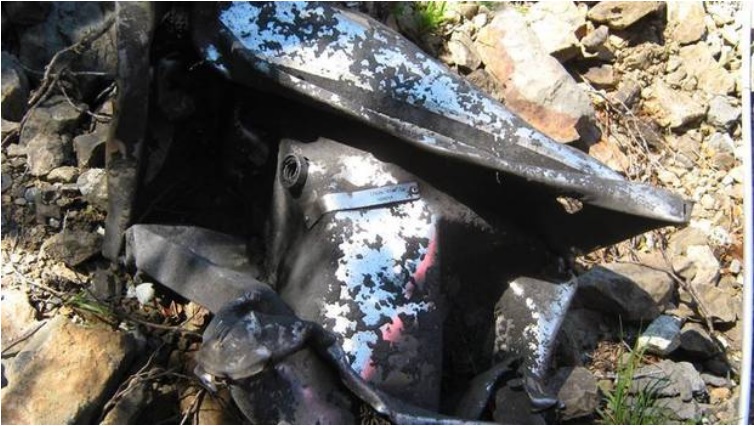 This lost photo of an electrical cabinet at the Pike River mine was handed to police last week. Photo: Supplied

Police are investigating a new discovery which may hold crucial clues to what sparked the Pike River mine disaster in 2010.

Former Chief Inspector of Mines Tony Forster said he discovered last week that a photo of an electrical cabinet that was blown to the surface in the explosion had never been seen by families of the 29 dead miners, and may not have been seen by the royal commission that investigated the disaster.

He gave the photo and a statement to police at Pike River last week, and Assistant Commissioner Tusha Penny said the police were now making inquiries.

"I became aware of this matter just last week and police are making inquiries," she said.

"Police would like to hear from anyone with information which could assist us on this, or any other issue which may be relevant to the original investigation.

"Police are absolutely committed to ensuring we provide answers to the Pike River families and we are working hard to provide all support necessary to the re-entry operation."

The Stand with Pike group, representing the bereaved families, said it was shocked that the photo appeared not to have been seen by the royal commission.

Sonya Rockhouse, whose son Ben died in the mine, said the lost evidence was "immensely disturbing".

"It's a possible ignition source," she said.

"It's something that we have known that there were possible ignition sources in and around the mine, but to actually have photographic evidence is quite significant.

"It's the first real piece of evidence like this that we have found."

She said a lot of the electrical equipment in the mine wasn't designed to be in a mine.

"It was incredibly unsafe, now we've found out that one of these unsafe cabinets was blown to the surface and it disappeared on to a helicopter leased by the Pike River Mine company," she said.

"It's bloody outrageous and it shows exactly why we need to go back into Pike and why we need a proper investigation. I don't think any New Zealander wants to live in a country where 29 men die like this and then critical evidence disappears."

Forster, a Scotsman who served as New Zealand's Chief Inspector of Mines in 2013-14, is back in the country as technical adviser to the bereaved families for the Government's planned re-entry of the mine.

He said he was not involved in the royal commission, which reported in 2012 before he arrived, and only realised that the photo of the electrical cabinet may not have been seen before when he discussed it with the families last week.

"It was a piece of non-approved, non-certified electrical equipment."

"It was brought down to the Pike River mine, and from that point on it seems to have disappeared," he said.

Rockhouse said she called one of the lawyers involved in the royal commission inquiry, Nigel Hampton QC, and he told her he didn't remember seeing the photo during the inquiry.

Bernie Monk, whose son Michael died in the mine, said he was angry it had taken so long to come to light.

"This is crook. Someone knew that incredibly important evidence had turned up and somebody knows what happened to it," he said.

"Whoever that is needs to come forward right now because we're not stopping until we uncover the truth."

Anna Osborne, who lost her husband Milton in the explosion, said police would take the discovery very seriously.

"What I want to know is why did the company responsible for the unsafe mine have their hands on evidence like this?" she said.

"All I can say is it's a good thing we fought so hard for re-entry and re-investigation, because with each day it's clear there's more that New Zealand needs to know."