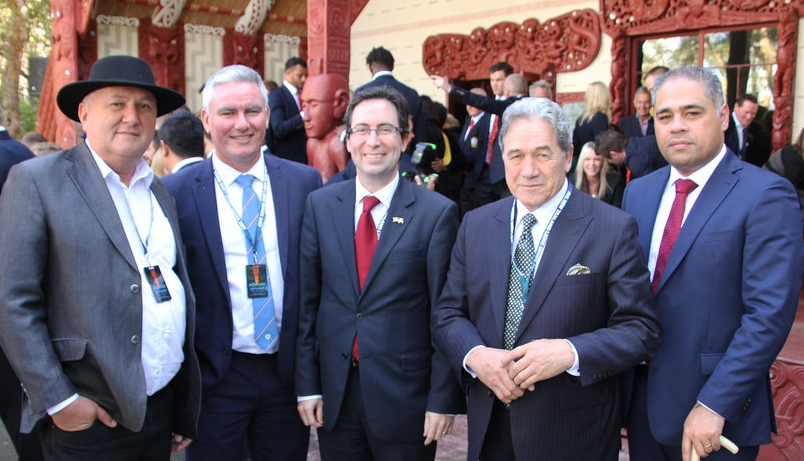 The announcement was widely expected and Maori TV's Te Kaea reported plans are under way for an announcement on Friday.

Jones would not comment on the report and NZ First leader Winston Peters said no candidate selection or confirmation had yet taken place.

Jones left Parliament in 2013 to become Pacific Economic Ambassador with the Ministry of Foreign Affairs.

His term ended in May this year. There has long been speculation Jones was interested in standing again for NZ First - but Jones would not confirm it while he was working for Mfat.

Since then he has often been seen with Peters - including on Anzac Day, at the Lions powhiri at Waitangi and the game in Whangarei.

Whangarei is considered a safe National seat and Jones will be up against National's Shane Reti, who won the seat in 2014 with a majority of 13,169 over Labour's candidate Kelly Ellis. Labour's candidate is property and commercial lawyer Tony Savage.

In the Northland byelection, Labour signalled its voters should support Peters to take the seat from National and reduce its numbers in Parliament. That meant National could no longer get a majority with just one of its three support partners.

A similar move is unlikely in Whangarei, given it will not affect the overall makeup of Parliament. NZ First MP Pita Paraone has stood in the seat in the past.

Jones' base is in Kerikeri and he previously stood for Labour in the Northland electorate against former National MP John Carter. NZ First is not standing candidates in the Maori seats.