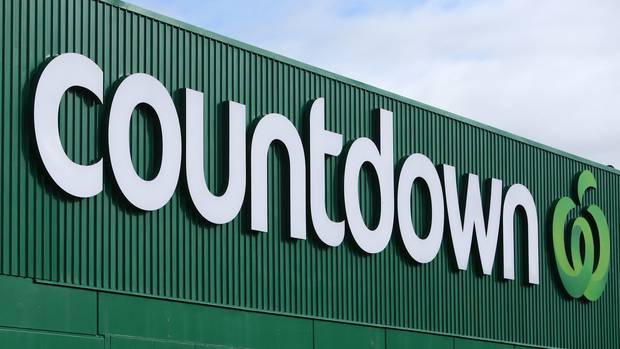 An Auckland man says he will no longer shop at Countdown after his experience trying to buy zero percent beers. Photo: NZ Herald/File
An Auckland supermarket shopper has been left flabbergasted and his visiting Japanese student was left in tears while trying to buying non-alcoholic beer at Countdown.

The man, who only wanted to be identified as Stephen, said the incident took place during his weekly grocery shop at Countdown St John on Saturday morning.

He said that while he understood the need to check people for ID, he was dismayed at how he and his visiting student were treated.

After scanning $200 worth of groceries at a self-service checkout, he tried to purchase Bitburger non-alcoholic zero per cent alcohol beer.

"The cashier asked me how I was and then proceeded to ask my 18-year-old student for ID.

"I explained firstly that the items were for me and not her and that they were in fact 0 per cent alcohol beers. She then looked two or three times at my student. She then refused to serve them to me as she said it was against [the supermarket's] group policy."

He said he tried to tell the staffer that his 16-year-old daughter - who he says looks 20 - never gets asked for ID when they do their shopping.

"She explained that my Japanese student looks at ID level and she could tell that my kids were not. What does that even mean?"

His confusion then turned to anger as he picked up on a suggestion that it wasn't possible to have mixed-race children.

"How does she know the student was not in fact actually my daughter? Is there no such thing as a mixed race child in Countdown's world? And I can verify that on the times I have shopped at that exact Countdown buying alcohol with my daughter they have never implemented that policy."

The man said his student - who has only been in New Zealand for two weeks - was left feeling guilty and embarrassed, bursting into tears once they got to the car.

He said the issue wasn't so much the ID request but more how he was treated by staff - he claimed the store supervisor refused to look at him, instead standing with her shoulder to him.

"She did not to even want to listen. She didn't even look me in the eye and in fact stood with her shoulder to me. Even if she was well in her right to deny me she still has a hell of a lot to learn in correct customer service."

He said his family would no longer buy groceries from Countdown.

Countdown spokeswoman Kiri Hannifin declined to comment on the shopper's specific criticisms but said she was sorry to hear he did not have a pleasant experience.

The supermarket chain took the sale of alcohol "very seriously" and treated zero per cent products "as an adult product".

"It is marketed as an adult alternative to full-strength alcohol products. Zero alcohol beer, wine and spirits are all designed to look and taste like alcohol. These products are typically heavily branded with well-known beer and wine branding.

"Accordingly, these products are not intended to be sold in the same way as a normal grocery product.

"To avoid confusion for customers, we have signs displayed in our single alcohol areas which clearly state that zero per cent alcohol will still be treated the same way as alcohol at our checkouts for the reasons stated above."

Hannifin said that regulatory agencies and health advocates "have been critical of retailers removing restrictions on the sale of zero alcohol beer".

However, 0 per cent beers were sold as an adult beverage and were located in the alcohol section of supermarkets.

"Each supermarket would have their own internal policy regarding how they treat these sales so I would not be able to comment."

In terms of popularity, zero per cent beer had seen a surge in growth, Firth said.

"It's great to see people moving towards low and no alcohol options, this trend is something that is happening internationally as people are choosing to drink more in moderation and we definitely see this as a growing part of the beer category."

Zero percent alcohol beer; non-alcoholic! That should have been the end of it. It's like soft drink with a beer-like taste. Countdown staff don't appear very bright.

Pot - Kettle - bright ???
Each district has very strict licensing laws. In most places, if its in the alcohol section - which they often as they are often made by a brewery - then ID must still be asked for.
The fines for staff (which the firm is NOT allowed to pay the staff back for) are horrific (like 10 grand).
General rule = obey staff requests politely = simple.

On this occasion, Countdown is right: ID is definitely required, even if the beer contains no alcohol. It's to do with HOW the beer is made, i.e. the process, and it's that which requires the law to be enforced.
That's my understanding, anyway...

The line is more trouble than it's worth.

No, you don't have to be polite to impolite Countdown staff.

'I can't understand how a dark haired fella would have a ginger haired family'.