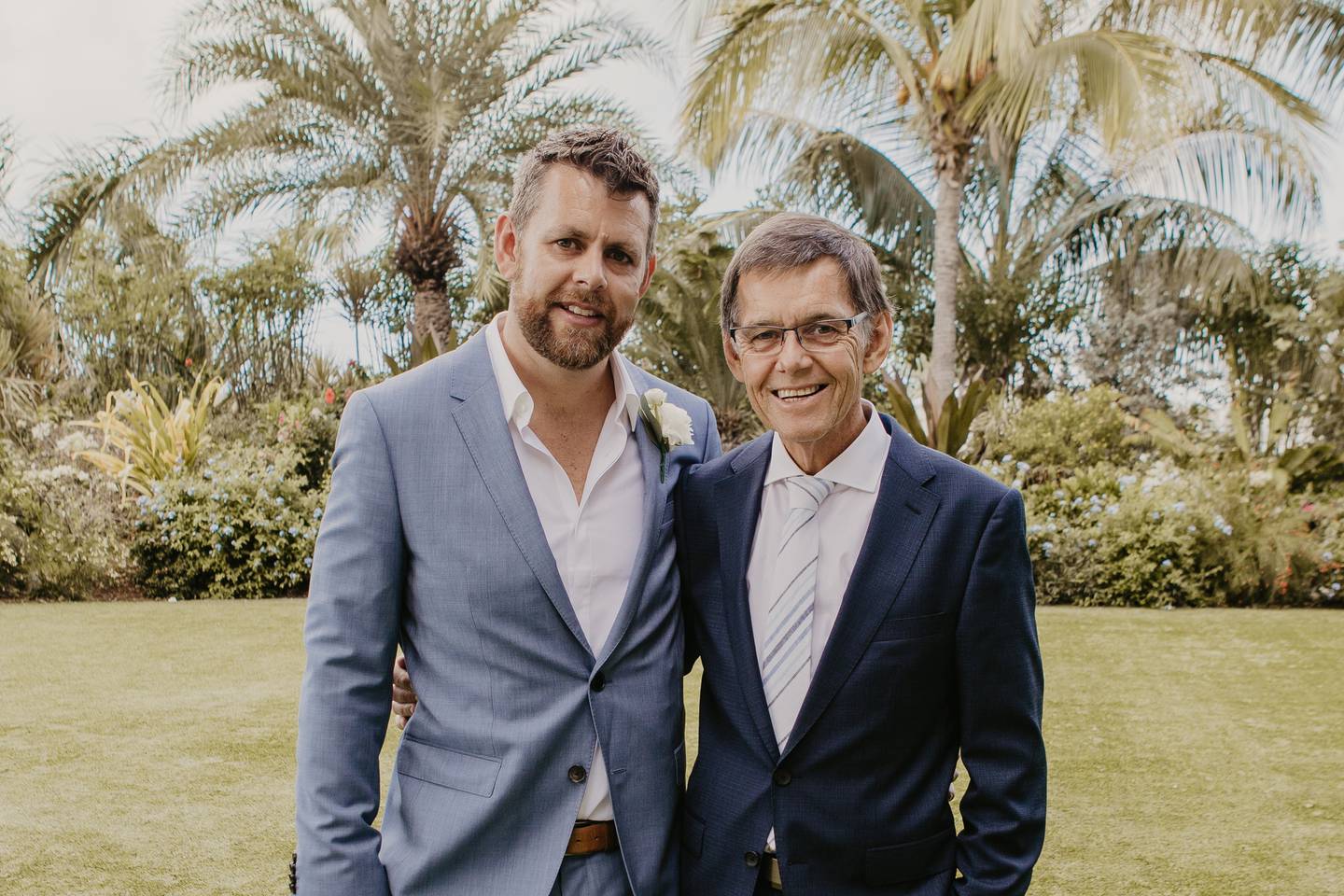 Despite returning five negative tests and being double vaccinated, Stephenson is allowed to see his father Alex for only two hours. He will then be driven back to Auckland by two MIQ staff - only to be released from MIQ at 8am on Friday and drive back to Tauranga Hospital.

He was heading to Tauranga this evening.

"It's good they could let me out half a day early to be able see my dad even if I have to go back tonight," he joked.

Last month, Stephenson made the decision to travel back to New Zealand after speaking with his father's oncologist. But Alex's health deteriorated and doctors told Stephenson he may not have much time left.

Once he learnt about his father's heath, last Tuesday Stephenson applied for an exemption, which was declined on the grounds he poses too much of a health risk to New Zealand.

"That was very quickly declined because they said the risk I pose to the community, even though I was double vaccinated and at that point had been tested negative three times. They didn't think my need was high enough for the risk I pose."

Speaking with a lawyer, Stephenson was shown the risk matrix used to assess possible exemptions, which is from July 2020.

"You would think as things change you have to change that matrix.

"Obviously vaccinations are a huge change and possible as well Delta is also a massive change."

Living in London, Stephenson knows what it is to live in a world that has adapted to Covid, but he believes New Zealand is scared.

"The rest of the world is living in a relationship with Covid where everything is moving forward and New Zealand is still too scared to move forward," he said.

Stephenson made a second exemption application last Friday, which was accepted on Thursday.

"I just can't believe how many times over the weeks I've said goodbye with him over video calls with my sister because it just seemed each time was going to be his last, but he's been able to fight on and on."

A letter from the oncologist allowed him to get into MIQ under an exemption that prioritises people coming back to see a living relative on the verge of death.

"I can finally tell him I love him and hold his hands and tell him what a great role model he has been."

In total, MIQ staff would have spent nearly eight hours with Stephenson driving him to and from Tauranga, only for him to be released the next morning.

"It doesn't make much sense in regards to public money and everything else as well," he said.

Covid-19 Response Minister Chris Hipkins announced today that from November 14 those arriving in the country would only have to stay in MIQ for seven days, instead of 14, followed by home isolation for another three days.

An extra 1500 rooms were likely to be made available but that was a drop in the bucket compared with the 30,000 people who signed in to get a spot in each room release.

Stephenson has left behind his wife and 15-month-old son, which he said was hard.

"I'm just really happy that I'm finally going to be able to say goodbye in person," he said.

If Stephenson's father does make it through the night, he intends to spend every minute with his dad.

But on Wednesday Alex perked up, which has given his son some hope.

"In reality I'm glad I get to see Dad, but as a process it is terrible."