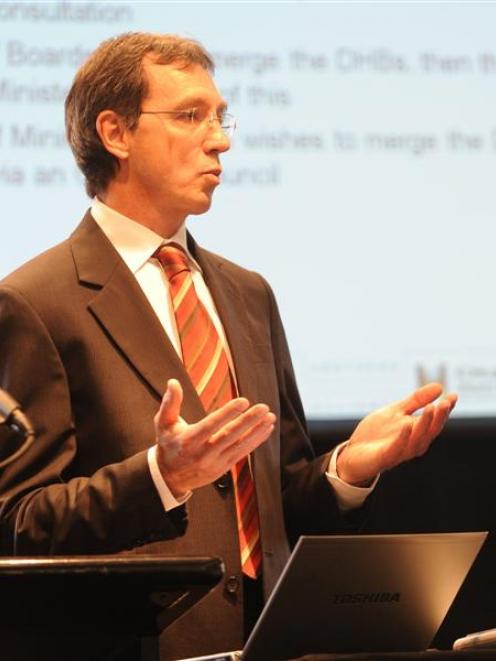 "He's quite right. We do need to wait..." - SDHB chief executive Brian Rousseau
The Government has adopted a "wait-and-see" approach to the future of the South Island's neurosurgical services, rather than interfere before an expert panel has reached its decision, Prime Minister John Key says.

Mr Key yesterday confirmed the Government had confidence in the panel's ability to make good decisions and would wait for its report.

He said South Island DHBs could not reach agreement on where neurosurgeons would be based, and that was why the panel was set up.

There was a high demand, expectations and anxiety in the health sector, he said.

"People need the health system to work efficiently and effectively and I think the Health Minister's done a tremendous job, in the time that he's been in office, in trying to address that fundamental question."

Mr Key said it was not his responsibility to agree with every decision made by a DHB but he acknowledged people's concerns.

He said he understood Tony Ryall, the Health Minister, could legally direct DHBs over certain issues but the Government would be waiting to see what the panel said.

"He's quite right. We do need to wait for the panel to do its work," Mr Rousseau said.

"I know Anne Kolbe from my days at Middlemore Hospital in Auckland, when she was chief medical officer for the Waitemata District Health Board, and I'm confident she will lead the panel to a good job."